From palaces to plane tickets, here's what you could buy if you won the $70M lottery jackpot 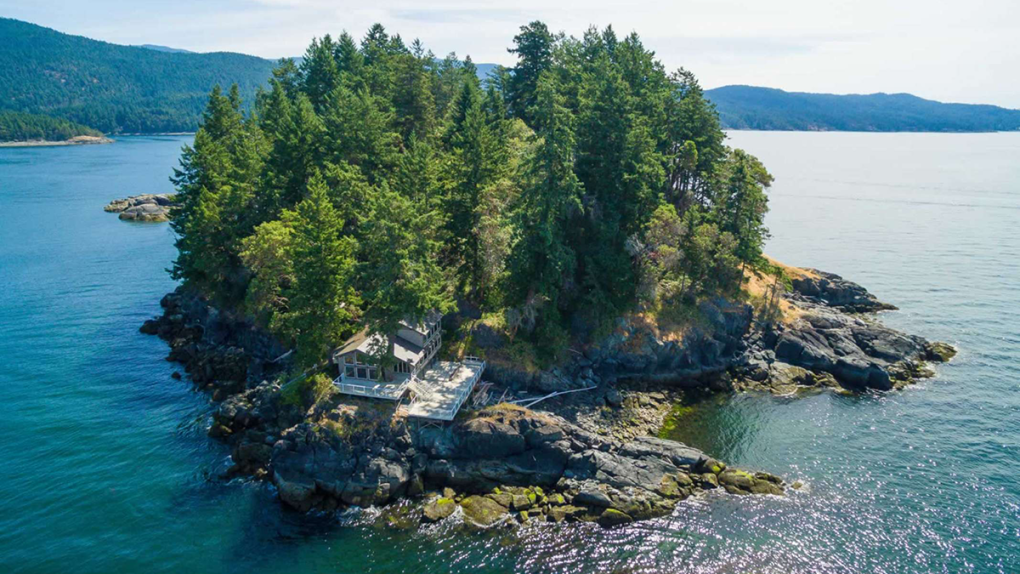 Whitestone Island, located in B.C. and listed on the Private Islands Inc. website, is shown.

VANCOUVER -- The winning ticket for Canada's highest-ever lottery prize was sold in Ontario, meaning someone is suddenly $70 million richer.

It is not yet known who the ticketholder is, or what they plan to spend their newfound fortune on.

In case they're looking for some inspiration, CTVNewsVancouver.ca looked into some options. 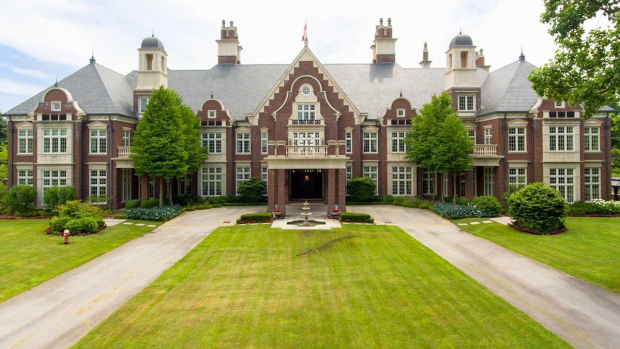 This mansion, with money to spare

The most expensive listing on Realtor.ca across Canada Wednesday was this home on Lakeshore Road in Oakville, Ont., listed at $59 million.

With six bedrooms and 14 bathrooms, Chester Hall sits on 10 acres of waterfront lawns and gardens on Lake Ontario. A listing describes the 43,850-square-foot mansion as "an irreplaceable trophy property of the highest order for both formal business entertaining and extraordinary family gatherings."

Oh, and a couple more perks: there's a private chapel on the ground, an independent housekeeper's residents, and room to land a helicopter.

It has a 12-car garage, so the $11 million left over could go toward filling some of that space. And maybe a boat. 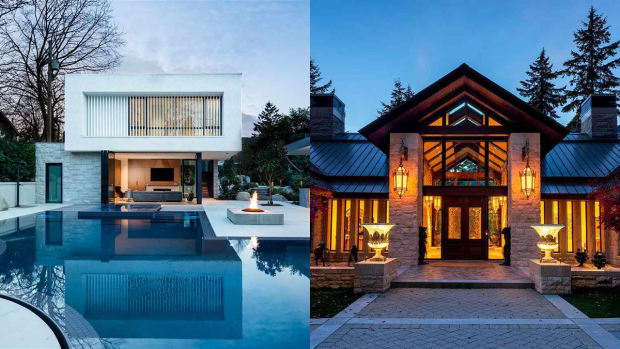 This Vancouver mansion, and a chalet in Whistler

Why not secure a home in the city and a place to get away?

Listed at $39,980,000, this seven-bedroom home on Vancouver's Tecumseh Avenue was recently renovated with help from an architecture firm, landscape architect and an interior designer.

It has nine bathrooms, an "enormous steel/glass wine/cognac cellar" and a koi aquarium, the listing says.

If the Shaugnessy house is purchased at listing price, the lotto winner will have about $30 million left over.

Tack on a vacation property listed at $20 million – maybe this one on Alta Lake? – and there's still $10 million left to go toward property transfer taxes and other associated fees. 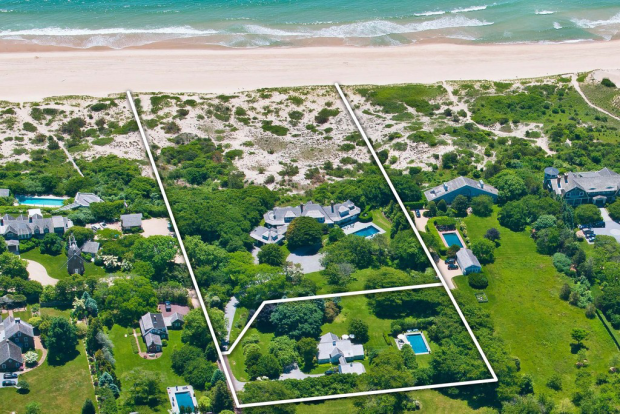 A two-home property in the Hamptons

While we're browsing real estate, a "compound" in the Hamptons is closer to the $70-million prize.

Priced at US$55 million – about C$71 million at today's exchange rate – this property listed through Southeby's International Realty is 6.7 oceanfront acres.

One of the homes is 5,500 square feet, with five bedroom suites and six full baths. It has a heated pool and a private path to the beach.

A cottage on the property is further inland, with three bedrooms, 2.5 bathrooms and another pool. 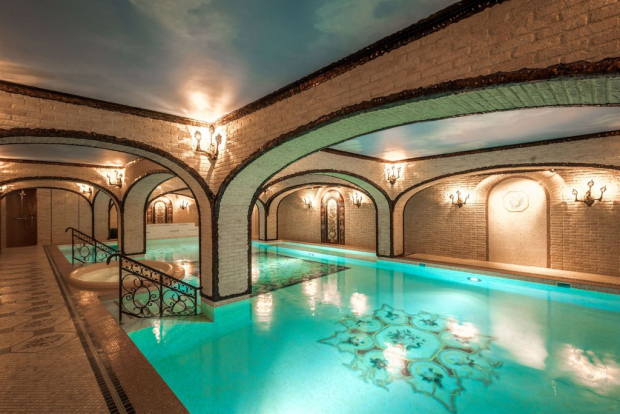 An entire palace in France

Also listed on Southeby's for around C$70 million is this palace in north-central France.

The 21,500-square-foot palais is about a half-hour drive northwest of Paris and contains four suites, a cinema, an indoor pool, squash court and gym.

The property also features a caretaker villa, "staff accommodations" and a guest house.

And it's got a bit of a history.

"Built in the style of the Grand Trianon in 1900 by the ship owner Arthur Schweitzer, The Palais Rose has notably been the home of the great poet Robert de Montesquiou from 1908 until 1921," the listing says.

"And more importantly, the General de Gaulle, en route to take the Fourth Armored Division, stayed at the Ermitage of the Palais Rose from May 12 to 15th, 1940."

However, spending the full jackpot on the house could be an issue when it comes to taxes, so maybe this option is best for those who are already wealthy. 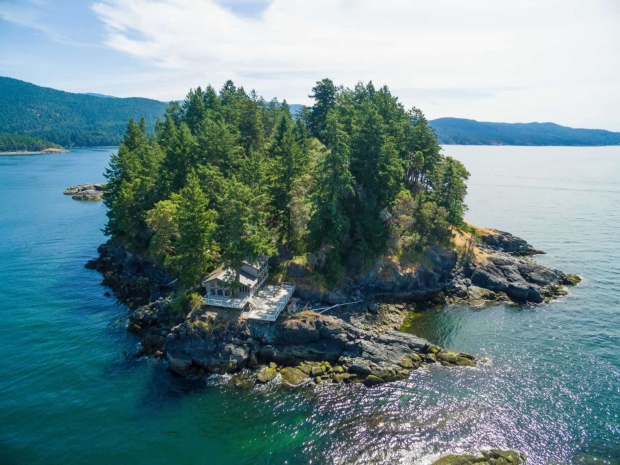 A handful of B.C. islands

Private Islands Inc., a real estate website enticing browsers to "find your own private island," lists several islands as being for sale in B.C., many of which are priced in the low millions.

They'd still be left with nearly $64 million, if the islands were sold at list price.

Broadening the search to all B.C. island properties on the site, they could spend another $8.6 million on a lot on Vargas Island, $4.88 million on a property on Cortes Island, $4.44 million on all of Whitestone Island (pictured above), $2.46 million on Lamb Island… You get the picture. 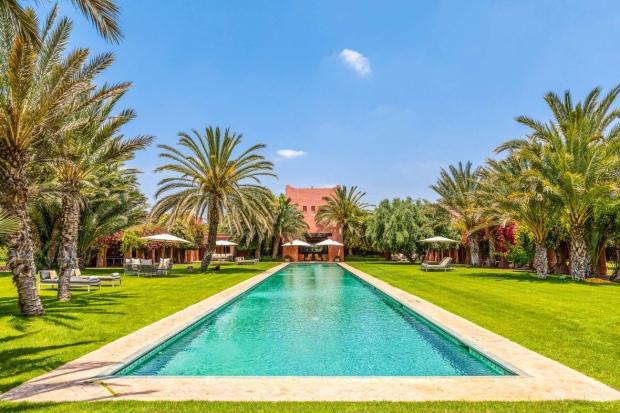 12.3-year stay at one of Airbnb's most expensive listings

Maybe the winner is already a property owner, and would rather a drawn-out vacation.

Maybe they're looking to get away for a while, and $70 million buys a lot of time away. For example, if they chose to blow all their money on accommodations, they could stay at the "regal, fully-staffed red-house estate with stable" (pictured above), which is listed at $15,584 a night.

An eight-apartment "palace" in Rome is available at a similar rate.

The winning ticket would also pay for 5,390 nights at one of Airbnb's more expensive listings in Beverly Hills, Calif., not including airfare and other expenses. That works out to about 14.7 years of rent.

Should the ticket holder be looking to invest, he or she could make a bold purchase, such as this B.C. winery, and still have lots of cash left over.

The above winery (Seven Stones) is listed on Realtor.ca for just $8,888,000. Located in Cawston in the Similkameen Valley, the business sits on 25.34 acres of land, 20 of which is planted with mostly red wine grapes.

The nearby Young and Wyse Collection winery is also for sale, listed at $4.85 million.

Want to invest in another vice? Eggs Canna is selling a cannabis retail storefront in Vancouver, on East 16th Avenue just off Main Street. As of Wednesday, it was still listed at $1.95 million.

Rent for the business is $6,000 a month, but there would be lots left from the lotto win to cover rent if sales don't take off. 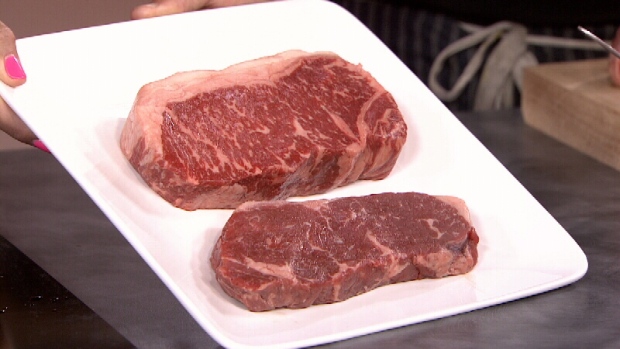 A lot of groceries

Maybe the winner is more practical, so we also looked at food and drink.

With an average price of $5.21 for four litres, the winner could buy 53.85 million litres of skim milk. 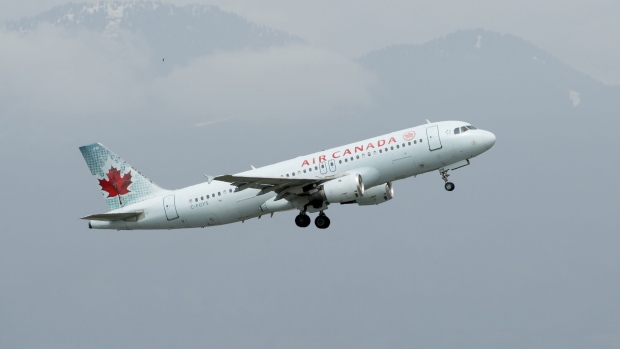 A quick search of flights showed round trip from Vancouver to Halifax with one layover on Friday would cost the traveller $1,639, a price Google Flights suggests is high for economy, because of the time between booking and take off.

If the ticket holder was willing to avoid first class, didn't check a bag and rode with a friend to the airport, they could buy about 42,709 trips between the two cities.

Google estimates the average cost of the trip is between $560 and $1,150, so assuming the jet-setting new multimillionaire pays $855, their lottery ticket would cover 81,871 round trips.

A traveller between Victoria and St. Johns would pay about $1,760 leaving Friday, making two stops for a travel time of between 10 hours and 11.5. The winner could take about 39,772 trips at this rate.