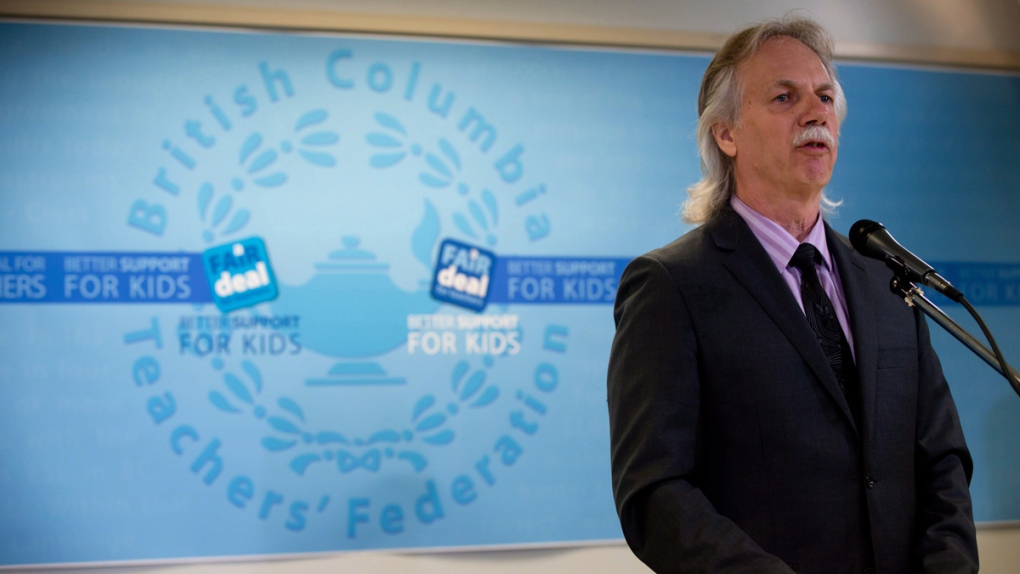 VANCOUVER -- There's been some incremental movement at the bargaining table in the contract dispute between British Columbia's teachers and their employer, but frustrations are starting to bubble up for those feeling the impact of union strike action.

School trustees and parents' associations raised concerns that the dispute is being allowed to drag on too long, while some students walked out of class in protest on Wednesday, comparing the spat with being caught between divorcing parents.

The B.C. Teachers' Federation made a series of new proposals during negotiations with the government's bargaining agent on Tuesday, as teachers continued a second week of rotating strikes.

The union dropped its wage demand by one percentage point, bringing the request into the range 12 per cent over four years.

An email update sent to members said the team was asking for a three per cent raise in the first year and 2.25 per cent in the subsequent three years, plus cost of living adjustments.

The union said it was also prepared to yield on seven other issues, including preparation time, benefits and teaching-on-call compensation.

But the altered package was not met with further concessions, the memo said.

"The government and (the employer) continue to ignore the real challenges facing teachers and students," it stated. "Once again, the employer did nothing to bring the two sides closer together."

The B.C. Public School Employers' Association has offered a 7.3 per cent wage hike over six years, along with a $1,200 signing bonus.

"You've basically got a one per cent change. When you factor all the way through, it's still many, many times greater than the current level of settlements elsewhere," Cameron said Wednesday.

Cameron said he's losing optimism a deal can be negotiated before the end of the school year.

Other groups with mandates tied to the public system were also weighing in as the dispute dragged to the end of the school year.

"The time for serious and concentrated bargaining is now," said Teresa Rezansoff, president of the B.C. School Trustees Association, in a letter sent to trustees on the eve of the labour board decision. "We call on the BCTF and the government to redouble their efforts and negotiate all summer if necessary to end the current unrest."

The body representing parents was also calling for an immediate end to the rotating strikes and lockout action. Successful outcomes for all students -- not just those graduating from Grade 12 -- were being affected by the dispute, said Terry Berting, outgoing president of the BC Confederation of Parent Advisory Councils.

"(The confederation) wants government and the union to stop using pressure tactics that affect students and concentrate their energy on achieving a new collective agreement," he said in a statement posted online after a weekend meeting with members. "It is time for both sides to take risks and negotiate in the true spirit of give and take."

The provincial Labour Relations Board was expected to deliver a decision later Wednesday on another point of contention. The union was disputing whether the employer has the proper authority to dock wages 10 per cent as part of its lockout provisions imposed while teachers were taking strike action.

The employer has said it would lift the lockout and stop chopping pay only if teachers returned to the classroom.

Teachers were not striking on Wednesday, although small pockets of students across the province walked out of classes in attempt to remind both parties they were caught in the middle. Bargaining was also off, but scheduled to resume on Thursday.