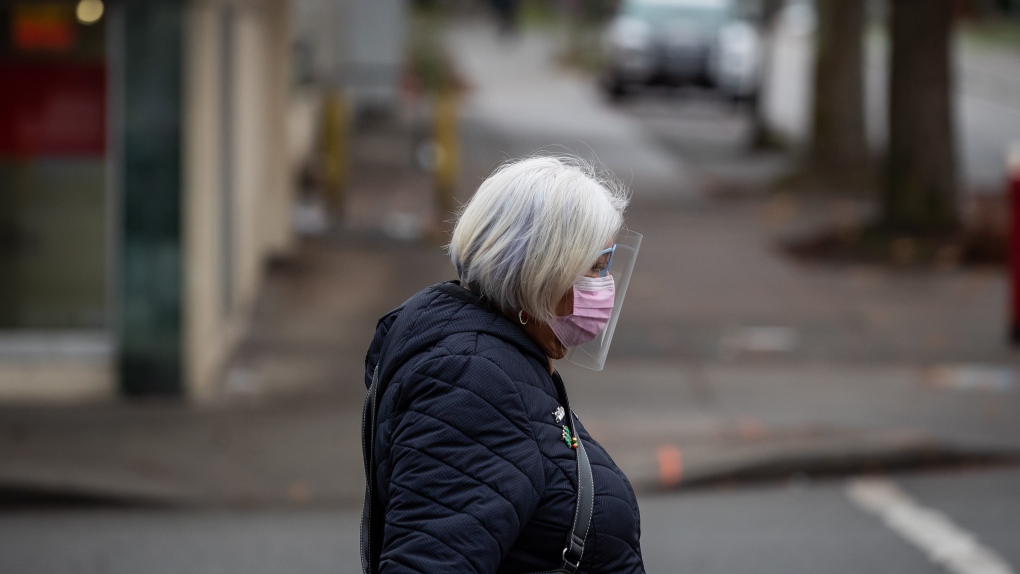 A person wears a face mask and shield to curb the spread of COVID-19 while walking in Vancouver on Sunday, Dec. 6, 2020. (Darryl Dyck / THE CANADIAN PRESS)

B.C.’s lifting of the mask mandate two weeks ago was “hasty” and will have a disproportionate impact on vulnerable and marginalized people, according to the province’s human rights commissioner.

On March 11, the requirement to wear face-coverings in all indoor public spaces was lifted by provincial health officer Dr. Bonnie Henry. Days later, the commissioner sent a letter to health officials detailing why she thinks the move was made too soon, and ought to be reconsidered.

Kasari Govender made the letter public Monday. In it, she says the mandate has protected those at greatest risk, including seniors, people who are immunocompromised, Indigenous and racialized people, and those who live in low-income communities.

“Some of us are more vulnerable than others to the virus, and public health policy must consider these disproportionate impacts,” she wrote.

“At this late stage in the pandemic, we must not turn our backs on our mutual responsibility to keep each other safe. No one should have to be exposed to the virus or excluded from public spaces when there are alternative public health policies that could reduce the risk they face. There will be a day where the mask mandate may be lifted, but that day is not yet here.”

In the absence of a province-wide policy, Govender says those who are vulnerable to severe illness have been “left behind.” Withdrawing from or avoiding day-to-day activities in order to mitigate risk, Govender says, means thousands of British Columbians effectively won’t have the “capacity to enjoy their human rights to their full extent.”

While she says she understands that some people are wary of masking up, she argues the benefits of the mandate for vulnerable and equity-seeking groups far outweigh any infringement on the rights of others. Given that capacity limits, prohibitions on gathering, and other "more intrusive" restrictions have been lifted, Govender says mandatory masks should remain in place because they remain "an effective and minimally invasive intervention."

The release of the letter coincides with the return to class after spring break for many of the schools in the province, which is when masking became optional for students and staff. Govender's letter also says she is concerned about the absence of the mandate for children under five who are too young to receive the vaccine, as well as the possibility that an increase in-school transmission could put vulnerable family members and parents at higher risk.

Release: On March 16, 2022, BC's Office of the Human Rights Commissioner issued a letter to the Public Health Officer on the ending of the mask mandate. The letter and statement from the Commissioner are available here: https://t.co/GwHIk0AkQW #bcpoli