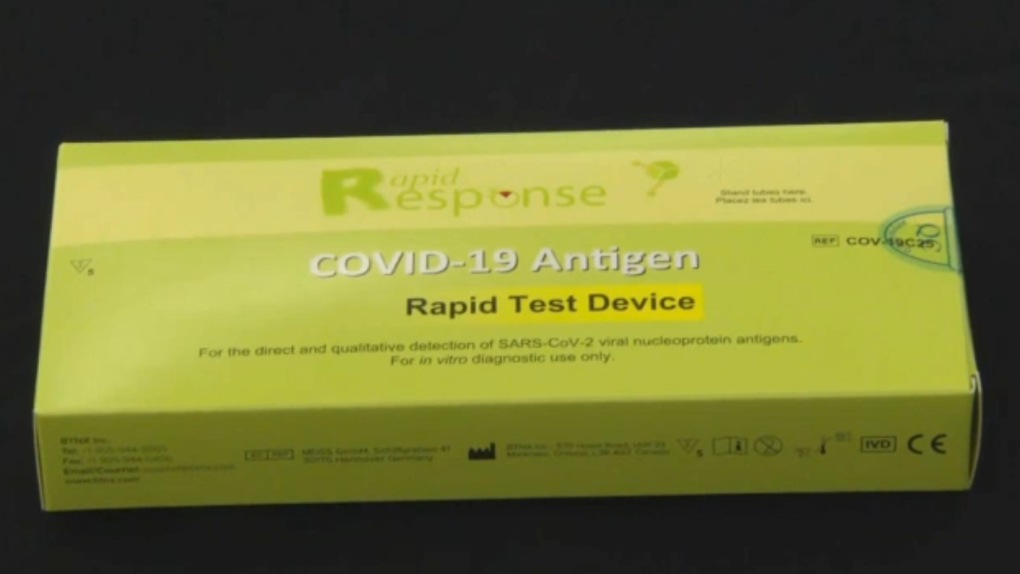 For the second time this week, the B.C. government has lowered the age for accessing free COVID-19 rapid tests through pharmacies.

As of Wednesday, all B.C. residents ages 18 and older can pick up rapid antigen test kits at participating pharmacies across the province.

On Monday, the province reduced the eligibility age to 30.

While most other provinces made rapid tests available to the general public weeks or months ago, B.C. has been slower to roll them out. Health officials have said their strategy for distributing rapid tests focused on making the tests available for at-risk populations first.

Eligible B.C. residents can pick up one kit of five tests every 28 days from one of more than 1,300 participating pharmacies.

Those numbers represent individual tests. Since the tests are distributed in packages of five, the number of test kits shipped to pharmacy distributors and handed out to the public is significantly lower.

According to the Ministry of Health, as of Tuesday, March 22, a total of 580,909 kits had been dispensed.

Because it's been less than 28 days since the province first began distributing tests through pharmacies, each of those test kits distributed has gone to a different person.

B.C.'s total population was almost 5.2 million in 2021, suggesting that only a little over 11 per cent of residents had picked up a test kit by Tuesday.

Of course, not everyone in the province was eligible to pick up a test kit as of Tuesday, and data from the ministry shows that those ages 70 and older - who have been eligible for the longest - have picked up the most test kits.

The figures provided suggest roughly 37 per cent of B.C.'s 70-and-older population has received an at-home test kit from a pharmacy, with smaller percentages of younger age groups taking advantage of the free tests so far.

Pharmacies are not the only place British Columbians can access rapid tests, however. Many of those over age 70 live in long-term care or other congregate living facilities, which received rapid tests much earlier in the pandemic.

Similarly, those with children in B.C. schools would have begun receiving rapid tests in late January, when the province began sending home one test kit per child.

CTV News asked a ministry spokesperson how the rapid test pharmacy distribution program has performed relative to the ministry's expectations and received the following statement:

"Our data shows there is increasing demand for rapid tests, which makes us confident that British Columbians have and continue to do everything they can to keep themselves and their communities safe."

Including its targeted distribution of tests to at-risk populations, the B.C. government says it has now distributed more than 34.7 million rapid tests since the pandemic began. The province said it expects to receive another 4.4 million tests from the federal government "in March and early April."