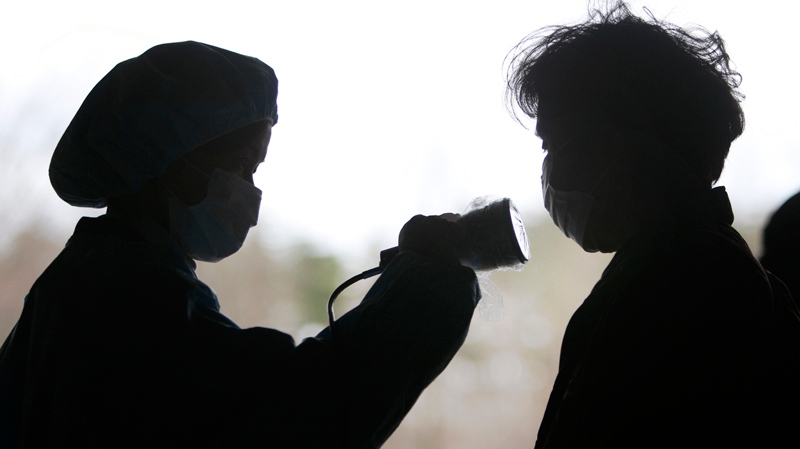 Health Canada monitoring stations detected a "minuscule" increase in radiation levels along the B.C. coast Monday in the wake of the nuclear crisis in Japan.

"As anticipated, the amount of radiation reaching Canada is so small that it would not pose a health risk to Canadians," Holub said in an email response to queries.

"Health Canada's radiation monitoring stations have detected a minuscule increase in radiation levels along the West Coast of Canada. This increase is a variation less than what we would see naturally when it rains."

Some nervous Canadians were trying to track down their own equipment to assess the threat.

Employees at a number of military surplus stores around Vancouver said they fielded an average of 30 to 40 calls a day since the Japanese nuclear crisis began from alarmed citizens looking for Geiger counters to measure radioactivity, "baby gas masks," potassium iodide supplements and suits to protect them from hazardous materials.

There were reports that Geiger counters had all but disappeared from store shelves in Paris on Monday, due to heavy public demand. They were also being sold on eBay for up to $440.

There was one person selling potassium iodide Monday on the online website Craigslist in Vancouver and another searching for someone with a Geiger counter.

But Canadian officials continued to reassure residents that there was no risk from the radiation in this country.

The nuclear complex in northern Japan was crippled 10 days ago by a huge earthquake and massive tsunami that killed thousands, and workers are still struggling to stabilize the reactors.

In Japan, the Tokyo Electric Power Co. said Monday that radioactive iodine about 127 times normal levels and radioactive cesium about 25 times above the norm were detected in seawater 100 yards off the Fukushima nuclear plant.

But officials said people on the other side of the Pacific have no reason to worry.

Graham Andrew, a senior official at the International Atomic Energy Agency, said the ocean is capable of absorbing vast amounts of radiation with no effect. He said in comparison to reservoirs of natural radioactivity in the oceans, the plant's leak to date was relatively minor.

The early predictions of the cost of rebuilding from the triple disaster that has unfolded in Japan have been pegged at nearly $235 billion, and police estimate the death toll will surpass 18,000.

- With files from the Associated Press