Apple Store or pot shop? A look inside the first BC Cannabis Store

B.C.'s first government pot shop has opened its doors in Kamloops, welcoming a crowd of customers excited to buy marijuana legally after 95 years of prohibition.

With its shiny white countertops, glowing white lights and touchscreen browsing computers, the BC Cannabis Store at the Columbia Place Shopping Centre has drawn comparisons to a spa or an Apple Store location.

There are marijuana accessories in glass display cases and dozens of "smell jars" where customers can sniff the different strains before making a purchase. Viviana Zanocco of the BC Liquor Distribution Branch, which is in charge of government-run pot stores in the province, said the design was intended to feel warm and inviting.

"We wanted to make sure that anybody who walked in, whether you were a novice or an aficionado, felt comfortable," said Zanocco. "I'm just so impressed with our project team. They worked together for weeks and months, and it's just fantastic looking."

People entering the store are asked to provide two pieces of ID, and there are notices reminding patrons to smoke responsibly.

Once inside, customers can use the touchscreen computers or speak with one of the 25 cannabis consultants about which of the 85-odd marijuana strains they want to purchase. 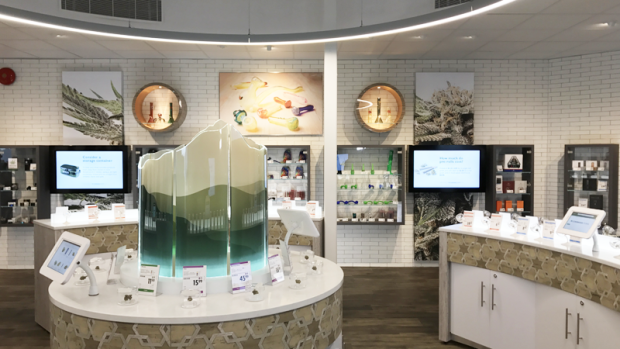 The interior of the first BC Cannabis Store is pictured on opening day, Oct. 17, 2018.

Signs on the walls explain things like terpenes, which cause the different aromas given off by cannabis, and the difference between indicas and sativas.

“We want to make sure that people use responsibility, that they know the potential harms, but also that they know what kind of experience they’re looking for and what strains might help them meet that experience,” Zanocco said.

After they’ve made their choice, customers fill out a form and bring it to the front counter, where a staff member then retrieves the drug from a lockup in the back. 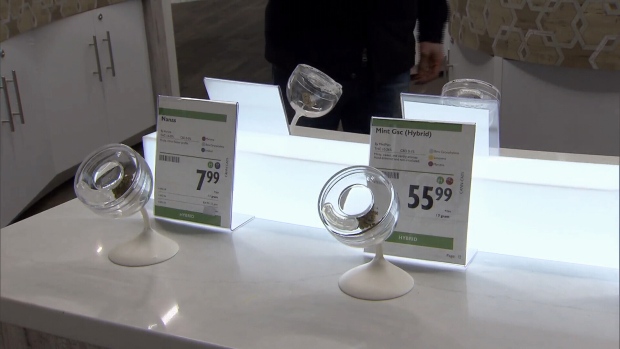 Customers line up outside for hours

As expected, there were some eager customers waiting in the cold outside the BC Cannabis Store hours before opening on Wednesday – though there weren't very many of them before dawn.

At the very front, Becky Prete from Kelowna told CTV News she was surprised to have beaten everyone else to the store when she arrived around 6 a.m.

"I honestly didn't think I was going to be the first person in line, but I gotta say that I'm pretty excited that it turned out I am," Prete said. 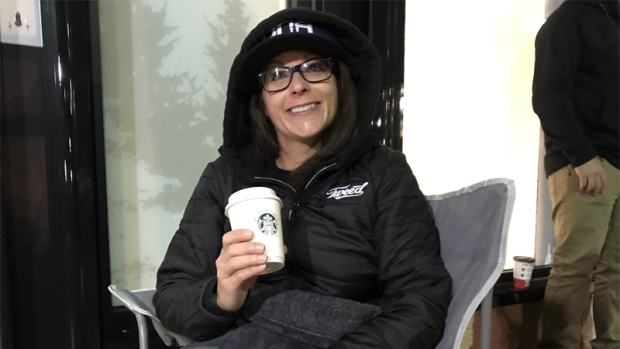 Becky Prete drove from Kelowna to be among the first customers at the BC Cannabis Store.

She came prepared with a blanket, lawn chair and coffee. Prete said the thing she's most looking forward to about legalization is the experience of buying pot just like any other product.

"Honestly just the fact that you can go into a store and legally buy cannabis, I just can't wait to actually be able to do that," she said. "I never thought in my lifetime that I'd see this."

By the time the store opened up at 10, there were dozens of people anxiously awaiting their turn to enter.

And it's official! BC opens its first (and only) legal recreational cannabis store in Kamloops. @CTVVancouver pic.twitter.com/U9glj84ldq

Though the province currently only has one BC Cannabis Store open, and no privately operated stores have received final licensing approval, British Columbians don't need to travel to Kamloops to buy marijuana legally.

The government's BC Cannabis Stores website went online at midnight, and Public Safety Minister Mike Farnworth said there were 1,000 sales in the first hour of operation. More than 5,600 transactions were completed by the mid-afternoon.

Some on social media have criticized the offerings as too expensive, arguing the prices could allow illicit drug dealers to thrive, but Farnworth insisted the government sales are competitive. 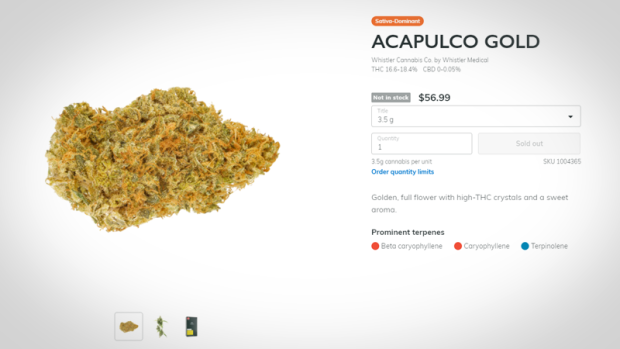 He warned the public not to expect the marijuana black market to disappear overnight, pointing to other jurisdictions where it has been a much more gradual process.

"In Colorado, for example, it has taken about four years to get the black market in that state down to about 30 per cent," Farnworth said. "It's going to take a few years before we have a fully functioning, mature system that's working the way it's supposed to … but over time you are going to see the black market decline."

Online purchases are also subject to a $10 shipping fee. Orders will be mailed out within 48 business hours, according to the province, and delivered by Canada Post.

Anyone receiving an order who looks under the age of 25 will be asked to prove their age.

We're getting a peek inside the first BC Cannabis Store, which is opening its doors in Kamloops at 10 a.m. Reporter @molkoreports compares the feel to an Apple Store. What do you think? pic.twitter.com/5bsNjELrbP