Another B.C. highway will soon have a 'variable' speed limit 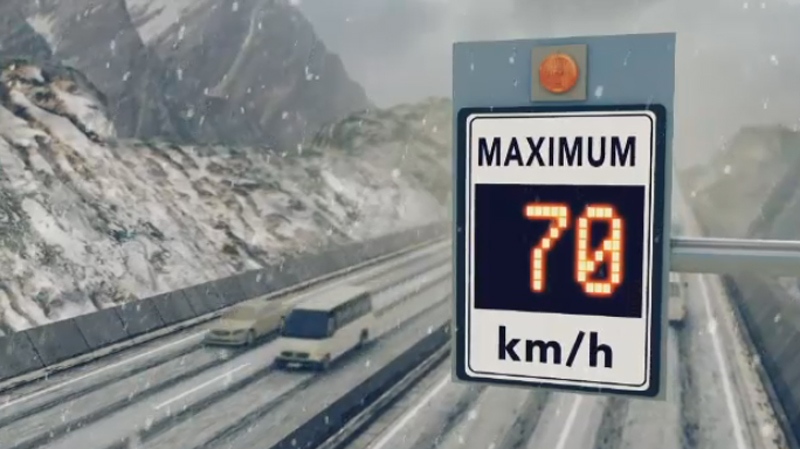 The Transportation Ministry is installing variable speed signs along sections of the Coquihalla, Trans-Canada and Sea-to-Sky highways in an effort to cut down on weather-related crashes. (Submitted)

VICTORIA - The variable speed-limit system on British Columbia's highways is expanding to a stretch of Highway 3 just east of Hope at the base of the Cascade Mountains.

A statement from the Ministry of Transportation says four new variable speed signs along seven kilometres of the highway will regulate traffic through the potentially tricky stretch.

Transportation Minister Claire Trevena says weather can change rapidly in the climb from the Fraser Valley toward the mountains and the upgraded signage will quickly reflect those conditions.

The variable speed limit system uses data from road surface sensors and traffic sensors to recommend lower speeds during adverse conditions, and a maximum allowable speed is posted on illuminated signs along the route.

The $25-million Highway 3 project also includes installation of a new congestion-based speed limit system on Highway 1 between Abbotsford and Chilliwack, but that system is still being tested and isn't expected to begin operating until early next year.