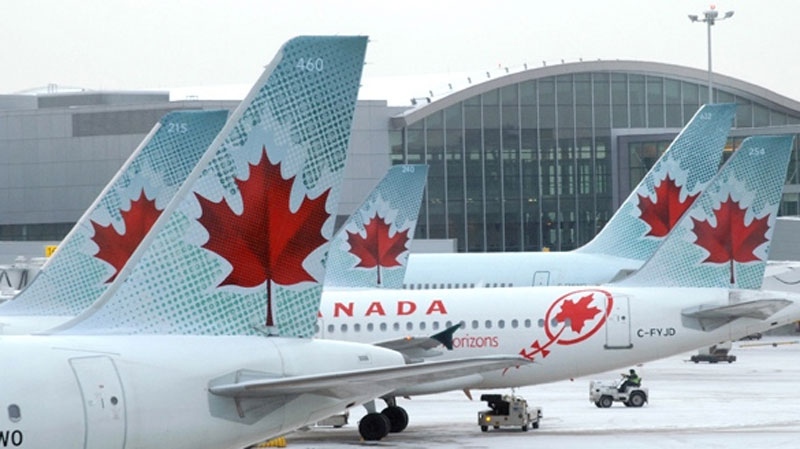 Air Canada planes are shown in this undated file photo.

MONTREAL - Air Canada says it is resuming daily flights to northern India in the coming months as tensions with Pakistan continue to ease following a standoff between the two nuclear powers earlier this year.

The airline plans to restart non-stop daily flights between Toronto and Delhi on Oct. 1. after Pakistan reopened its airspace to all traffic last week for the first time in nearly five months. Air Canada says its daily Vancouver-Delhi route will resume on Aug. 1.

The two routes were among thousands disrupted in February as airlines cancelled or rerouted flights that pass through the heavily travelled India-Pakistan air corridor.

The routes were quickly reopened, but suspended again in April as Pakistan's ongoing airspace closure along its eastern border with India prompted longer, costlier flights that involved stopovers along with more landing fees and frustration from passengers.

Pakistan shut its airspace in February after an Indian aircraft crossed into Pakistan to carry out what India called a pre-emptive strike against militants blamed for a Feb. 14 suicide bombing in Indian-controlled Kashmir that killed 40 Indian troops. Pakistan retaliated, shooting down two Indian aircraft and capturing a pilot, who was later returned to India.

Over the past week United Airlines Inc., Air India and other carriers have also announced they will resume service to parts of the country.

Air Canada vice-president Mark Galardo notes the renewed service will come in time for celebrations of Diwali, the Hindu festival of light. Seasonal flights between Toronto and Mumbai will also resume on Oct. 27.