80% of Metro Vancouver bus routes slower than 5 years ago: TransLink 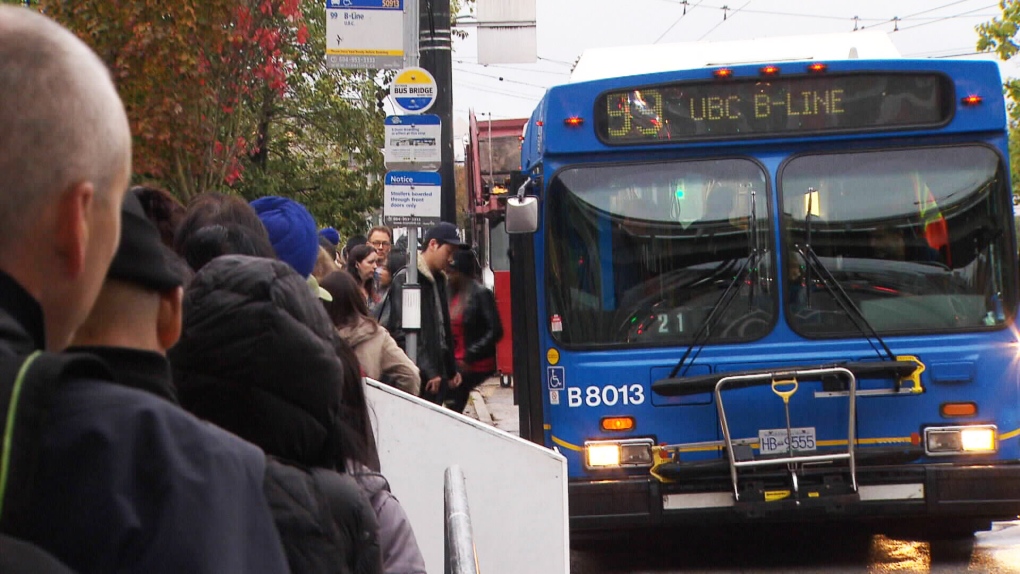 TransLink has put so many buses on the 99 B-Line route already it says the road itself is at capacity. A bus comes every three minutes.

VANCOUVER – The Lower Mainland's transit authority says the majority of its buses are moving slower compared to five years ago, a costly problem it says is caused by congestion in the region.

A full 80 per cent of bus routes have been negatively impacted by an increase in vehicle traffic on clogged roads, TransLink says in its 2019 Bus Speed and Reliability report.

"Our buses are instrumental in creating connections to employment, education, healthcare and the people and places that matter the most," TransLink CEO Kevin Desmond said in the report.

Buses are also the "workhorse," of the transit system, officials say. With an average of 20 million boardings per month in Metro Vancouver, they're the region's most widely used transit service. They're also getting more popular—in 2018 TransLink saw eight per cent more people board its buses, the biggest single-year increase in ridership ever.

Buses making slower trips means TransLink needs to put more of them on the road in order to maintain promised service intervals. That means spending more money getting people where they need to go, the report explained.

TransLink says the problem is fixable though, with the right leadership from municipalities and the province. According to the transportation authority, intersections and roadways can be designed to make journeys easier for buses, using methods such as limiting turns by cars, introducing dedicated bus lanes and re-designing traffic signals.

Transit officials cited the new RapidBus program launching in January 2020 as an example of upgrades to infrastructure that can improve speed and reliability.

Keeping transit fast and reliable is important so that it remains an attractive alternative to driving, the report explained, adding that it helps to enable residents to get where you're going whether you bike, walk, drive or take transit.