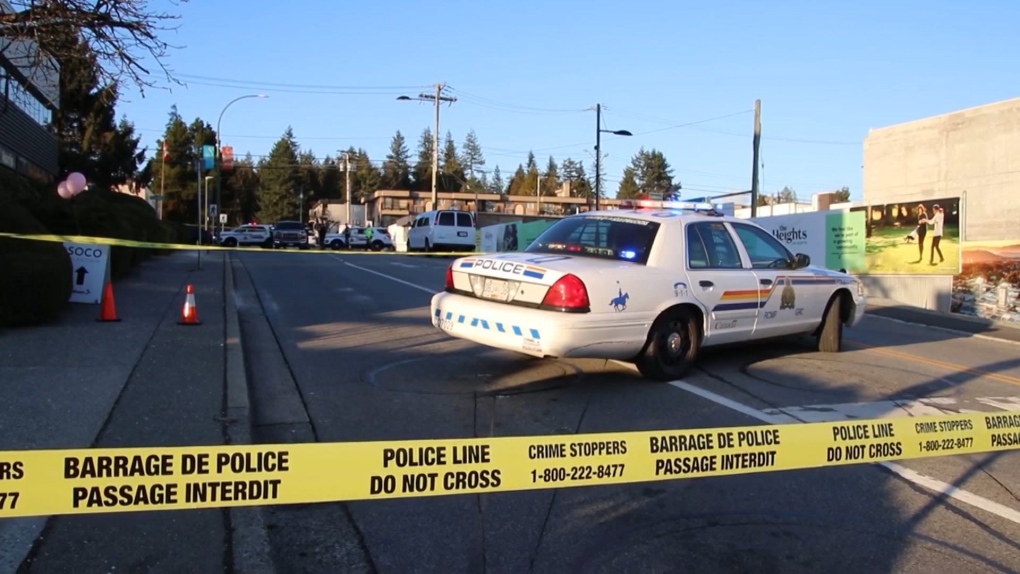 Police closed off an intersection in Coquitlam after a senior pedestrian was hit by a vehicle on Feb. 18, 2020.

VANCOUVER -- A senior pedestrian is in hospital with serious injuries after being hit by a pickup truck in Coquitlam Tuesday.

The 71-year-old woman was in the intersection of Nelson Street and Ridgeway Avenue when she was struck at about 3:45 p.m.

Police said they believe the 84-year-old driver of the truck was turning left when the pedestrian was knocked down.

"We often don't think twice about left turns because they are so routine, but left turns are one of the most high-risk manoeuvers on the road," said Cpl. Michael McLaughlin in a news release.

"If safety is the goal, all road users need to be extra-aware and take extra care when someone is turning left."

Mounties closed the area while they investigated. The driver is co-operating with police and they say alcohol isn't believed to be a factor.

Just before 12:30 a.m. on Wednesday, Mounties said the intersection had reopened to traffic.

Anyone with information about the collision or dash-cam footage from the time is asked to call Coquitlam RCMP at 604-945-1550 and ask for the Criminal Collision Investigation Team.

The story previously said the pedestrian is 72.