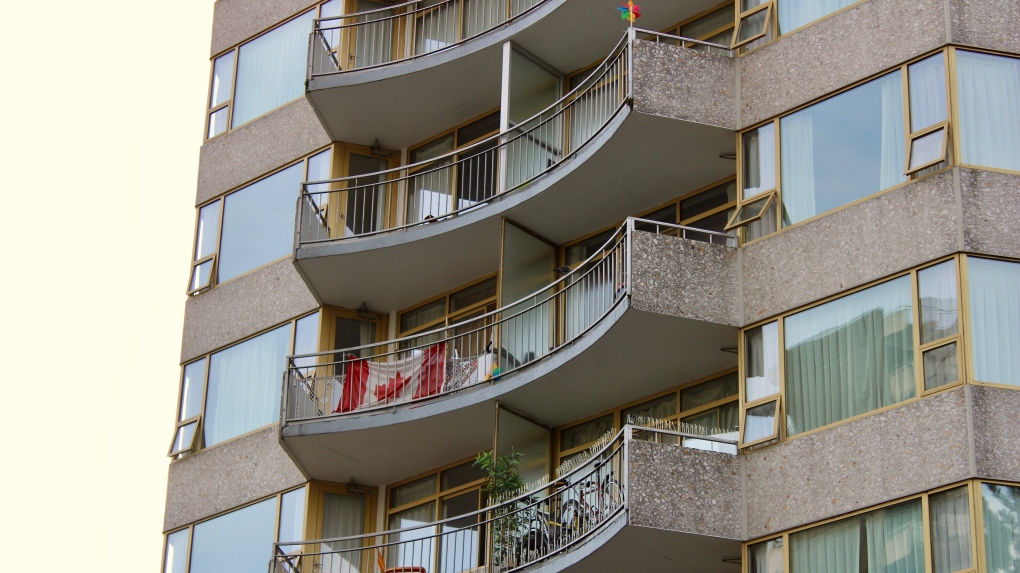 VANCOUVER -- BC Housing says it has received 45,000 applications for a new rent supplement program that opened April 9 to help tenants cover their rent during the COVID-19 state of emergency.

But as the pandemic and measures to contain it continue to batter the economy, groups that represent landlords and renters say the benefit isn't enough to cover B.C.'s high rents as tenants' incomes dwindle. The supplement provides $300 for renters, or up to $500 for renters who have a child or other dependent family member.

There are also concerns that the application process is too complicated, especially for tenants who don't have reliable access to a computer or the internet.

"We have had criticism that the administrative burden is mostly all put on tenants," said David Hendry, an organizer with the Vancouver Tenants Union.

"The way that it works is that the tenant is supposed to tell the landlord that you're applying...and let them know they need to send in a landlord application."

Once a tenants' application has been confirmed to be eligible, landlords get an email notification to complete their side of the application, according to BC Housing's website.

Tenants also need to provide proof of their 2019 income, proof of their 2020 income loss, and the landlord's contact information, Hendry added. To be eligible, tenants need to have qualified for either Employment Insurance or the Canada Emergency Response Benefit (CERB), or had their income drop by at least 25 per cent as a result of COVID-19.

Vancouver has the highest rents in Canada, and many other B.C. cities like Victoria also have relatively high rents.

For tenants who are receiving the standard benefit of approximately $2,000 a month through EI or CERB, the average renter could end up paying 60 to 75 per cent of their income towards rent, even if they are receiving the temporary rental supplement.

That's why David Hutniak, the CEO of LandlordBC, thinks the supplement should be increased. B.C. was a leader among the provinces in introducing the supplement, Hutniak said, but he wants to see the federal government get involved in assisting residential renters the same way they've moved to support commercial tenants.

"There are no winners here: the renters are suffering and so are huge swaths of our sector," Hutniak said, adding it’s smaller landlords that are feeling the most pressure as they wonder whether tenants will be able to pay the rent so they can pay their mortgage.

In an interview on CTV’s Question Period, federal Small Business Minister Mary Ng said the government will “keep listening” to Canadians, but offered no concrete indication that residential rent help is on the horizon.

Early on in the crisis, the Canada Mortgage and Housing Corporation took steps to allow banks to offer mortgage deferrals to homeowners.

BC Housing says it has 12,000 rent supplement applications moving through the "two-step review process, where eligibility is confirmed and then landlord confirmation and payment information is obtained."

The provincial agency said 3,000 payments have already been made to landlords, and another 1,100 will soon go out the door.

Renters won't have to keep applying for subsequent months, BC Housing says:

"Payments will be made for the month in which the application is submitted, and the subsequent months. For example, for an eligible application submitted any time in April, the landlord will receive the April funds once the application is completed, and will automatically receive payments again in May and June."

BC Housing says renters who have already applied and are anxiously waiting for word that their supplement has been approved don't need to worry if the approval process isn't completed by the time the rent is due: "April funds will still be paid retroactively."

Some British Columbians walking away from 2nd dose Moderna bookings