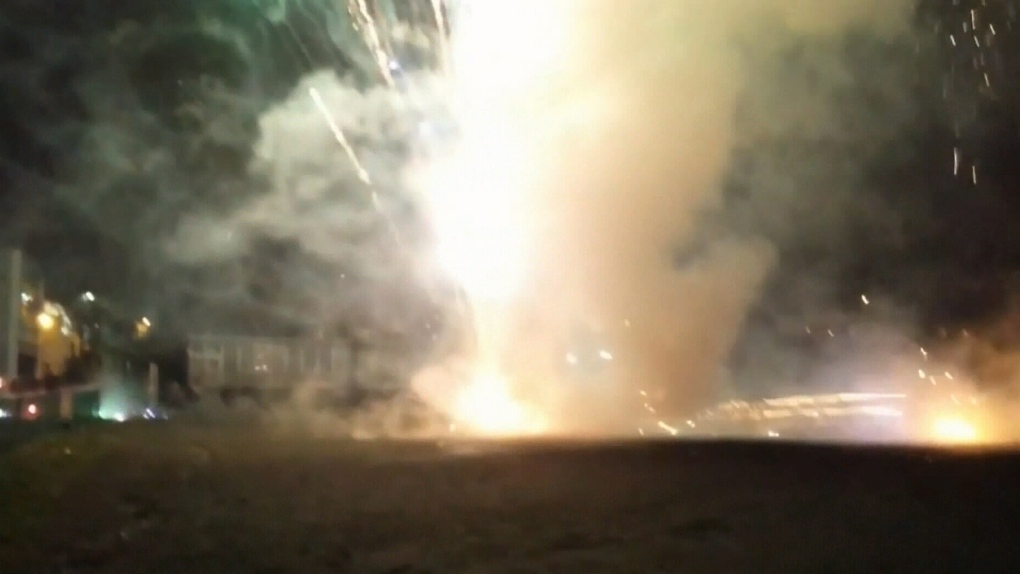 VANCOUVER -- Legal fireworks went out with a bang in Vancouver Saturday night, according to Vancouver Fire Rescue Service.

"295 calls for one shift is a lot," Gemmill said. "Halloween is generally always busy. Fireworks play a big part in that."

This year, with possessing and selling fireworks becoming illegal in the City of Vancouver as of midnight Halloween night, it seemed as though people were trying to use up their supplies before time ran out, Gemmill said.

Among the 295 calls for service were 38 confirmed fires, many of them started by fireworks, according to the assistant chief.

The blazes caused an estimated $450,000 in damage, Gemmill said.

"It ranged from having a fully involved structure fire in the Downtown Eastside to a vehicle fire with a high dollar loss because it was an expensive vehicle where a firework went right inside the window," he said. "We had several hedge-slash-tree fires caused by fireworks and we had several container, trash-bin fires as well."

Firefighters weren't the only ones who had a busy night Saturday. Large crowds gathered on Granville Street downtown, with little evidence of COVID-19 protocols being followed.

Vancouver police made some arrests for minor offences, but said dispersing the "alcohol-fuelled" crowd or issuing tickets "wasn't appropriate."

Our #VPD members did an outstanding job managing an extremely busy #Halloween- we received over 800 calls for service, responded to multiple stabbings & an officer broke his hand - not possible to be the #MaskPolice also #RealityCheck @VancouverPD #ProudChief https://t.co/BsN2TG5PKM

Thanks for adding clarity, @sarahkirby_yung. Some further context, we dealt with more than 800 calls last night. When officers are tied up attending multiple stabbings, serious assaults and robberies - policing masks and social distancing isn't our first priority. #RealityCheck https://t.co/kinpDb0Ya6