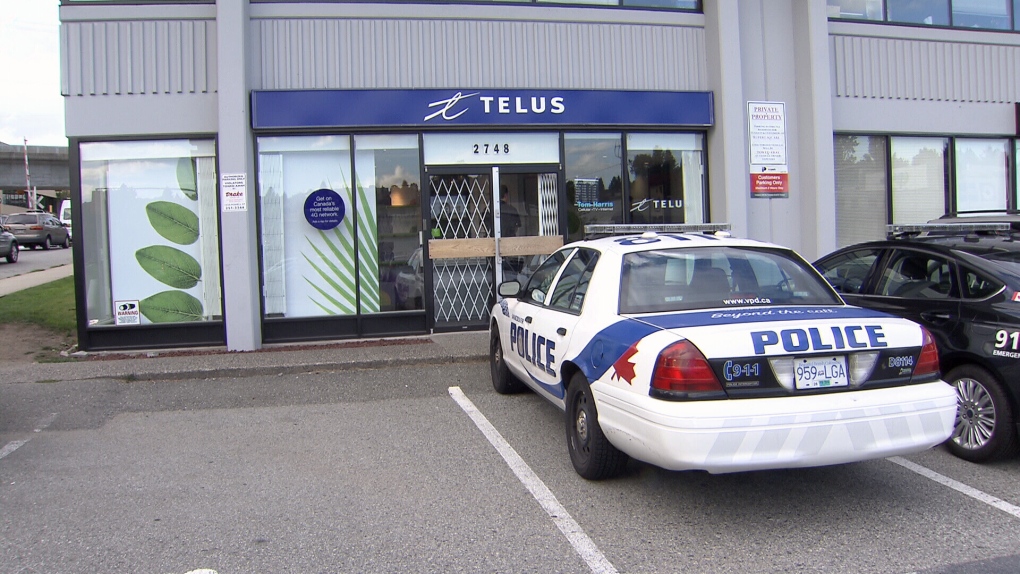 Two youths have been arrested and another remains on the loose after an armed cell phone store robbery in East Vancouver Monday afternoon.

Police said three young people burst into the Tom Harris Cellular Store on Rupert St. near Grandview Hwy. at around 3:30 p.m. brandishing what appeared to be guns.

The group stole an unconfirmed number of cell phones then fled into a waiting getaway car.

Sgt. Randy Fincham said officers managed to stop a suspect vehicle a short distance from the store, and three youths ran away from the car.

Two were caught but the third managed to escape. Police have not confirmed the age, gender or description of the suspect.

Anyone with information on the robbery can contact the Vancouver Police Department.