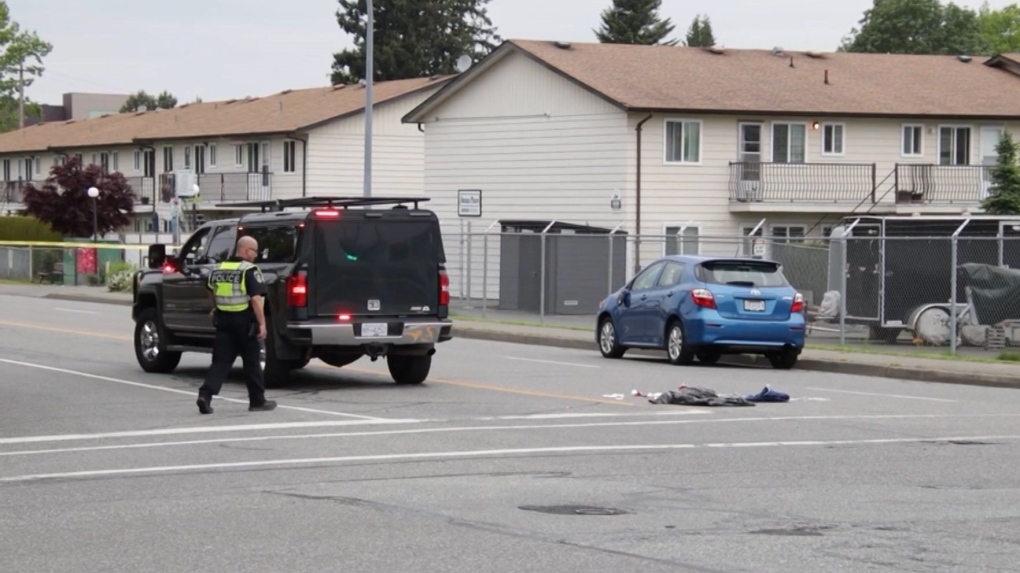 Police blocked a road in Abbotsford after two pedestrians were hit on May 26, 2022.

Two senior pedestrians were taken to hospital with life-threatening injuries Thursday afternoon after a crash in Abbotsford, local police say.

Police said they received reports of the "serious collision" near Ware Street and Bourquin Crescent at about 1:15 p.m.

When investigators arrived, they found two people had been hit by a vehicle.

"The 88-year-old male and the 85-year-old female have been transported to hospital," police said in a statement Thursday.

"The driver and passenger of the vehicle are quite shaken, but they were uninjured, remained on scene and are co-operating with police."

The intersection was closed to traffic while an investigation was underway, but it has since reopened.

Police ask anyone who witnessed the crash or has relevant dash-cam video to call them at 604-859-5225.

Russian missile attacks on residential areas in a coastal town near the Ukrainian port city of Odesa early Friday killed at least 18 people, including two children, authorities reported, a day after Russian forces withdrew from a strategic Black Sea island.

A rare portrait of Diana, Princess of Wales, will be on public display for the first time after it was recently sold for US$201,600 at auction.