$11,800 a month and all the BMWs you can drive: Vancouver House condos listed for rent 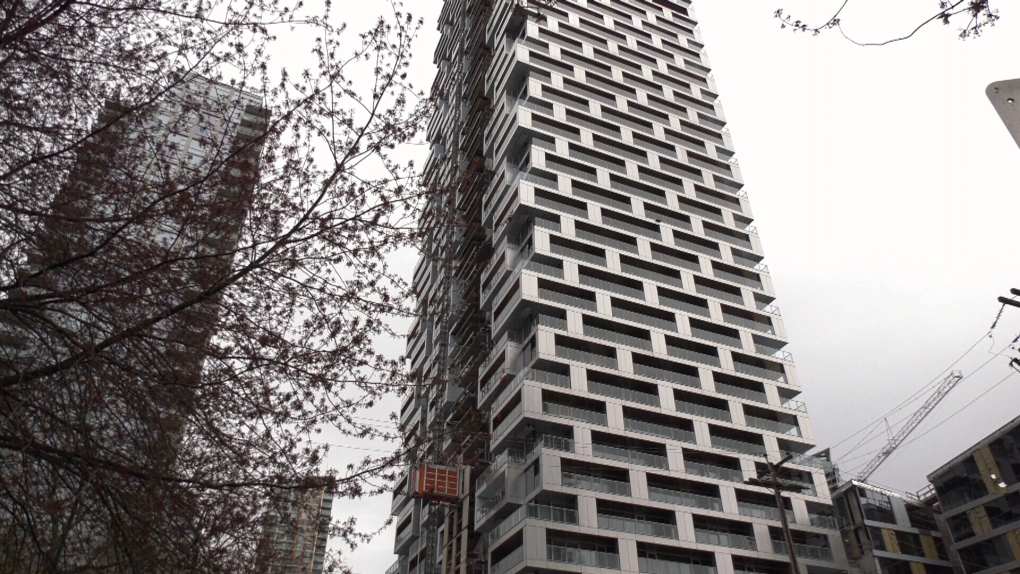 VANCOUVER -- For $11,800 a month, the luxury three-bedroom, three-bathroom apartment in Vancouver House could be yours.

Several units in the newly-completed condo tower, which was designed by internationally-renowned architect Bjarke Ingels, have recently been listed on Craigslist. The listings promise would-be renters access to the building's luxurious amenities – including a fleet of brand-new BMWs.

The 49-storey building with a distinctive top-heavy design rising over the Granville Bridge was developed by Vancouver real estate company Westbank. As the project neared completion in 2019, many pre-sale buyers attempted to flip their contracts to buy a completed unit before the building was finished and they were stuck having to pay GST and get financing for a mortgage.

Just two units are currently for sale: a two-bedroom, three-bathroom penthouse for $8.9 million, and a three-bedroom, five-bathroom unit for $6.8 million.

The developer recently unveiled the public art contribution for the project, a $4.8 million chandelier under the Granville Bridge that intermittently spins and lights up.

The Craigslist rental listings show rents for apartments in Vancouver House are on the high side – but something of a bargain when compared with another high-profile luxury tower.

Rental listings at the Trump Tower at West Georgia and Bute, completed in 2016, are much pricier, but also offer more square footage. Currently available one-bedrooms range from $2,900 for a 635-square foot unit, to $4,980 a month for an 845-square-foot unit.

Renters at Trump Tower also get access to "Rolls Royce hotel car services" and "private jet experiences," according to one listing for a $4,600-a-month two-bedroom.

If you want the cachet of living near a luxury tower, but don't want to pay big bucks, one current listing titled "WATERFRONT 1 bedroom in the new Vancouver House" could be the home of your dreams. The Craigslist listing offers a 771-square-foot one-bedroom for $900 a month.

The apartment isn't actually in Vancouver House,but right next door, in an older condo tower completed in 1989 at 1500 Howe Street. The listing describes the building as being located in "the Vancouver House neighbourhood," an "up and coming vibrant location" that is "going through a massive development."