'You can be you': New rules support trans and non-binary people appearing in B.C. courts 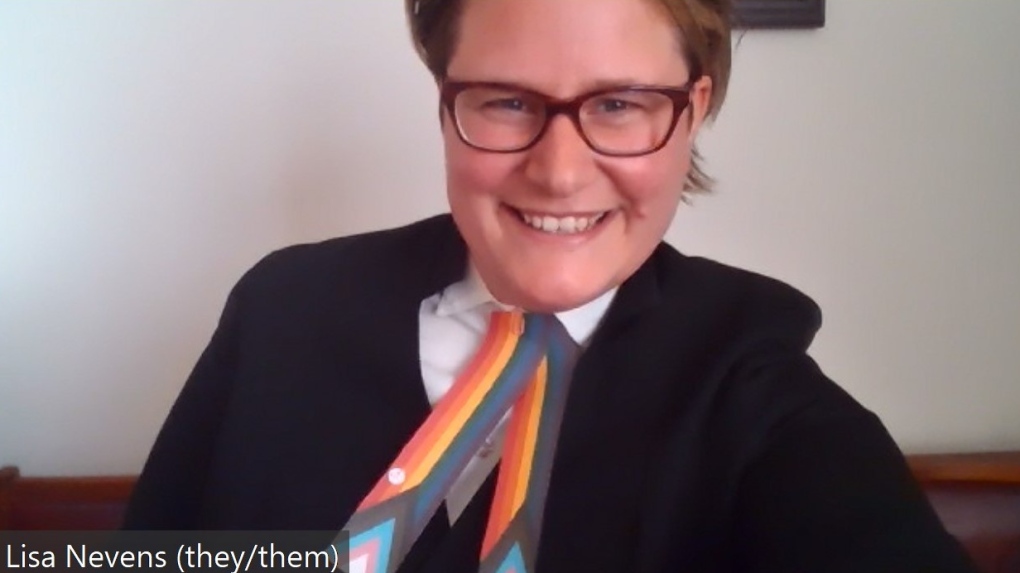 VANCOUVER -- For the past year-and-a-half, when lawyer Lisa Nevens formally introduced themselves in a court room, they told the court that they use the gender-neutral, non-binary pronouns of "they/them/their."

The move was contrary to existing norms, and although their experience of it went “quite well,” it’s been a challenge.

“You would be asked to provide your name and spell your last name, and then provide the same information for your client,” they said.

In the official procedure, there was no formal or official practice for sharing one’s gender pronouns, whether it be “she/her/hers,” “he/him/his” or “they/them/their.”

This meant that non-binary lawyers would risk inadvertently drawing attention to themselves when they’d rather be focusing on the work at-hand, Nevens said. Nonetheless, a “growing number” of lawyers were proactively asserting their pronouns.

“Your job as a lawyer is to represent your clients, not to make statements about your own identity,” they said.

“You have to debate with yourself, whether you should assert your correct pronouns and gender identity in court, so that you're properly recognized or whether that's a distraction from the client,” they said.

Nevens, a Vancouver-based civil lawyer, reflected on their experiences as a non-binary lawyer, as new rules supporting trans and non-binary people in B.C.’s provincial and supreme court systems come into place.

“My conclusion was that I would do a better job for my client, if I'm not thinking about being misgendered (by others in the room),” Nevens said.

But looking ahead, the landscape is different.

New court directives announced Dec. 16 say that lawyers and anyone else in a courtroom, such as a witness or accused person, should provide their full name in addition to their gender pronouns and their title, whether it be Ms., Mr., or the gender-neutral Mx. or simply ‘Counsel.’

The directive “extends to anyone who walks in the door of the court system, whether they're doing it for their own volition or not,” Nevens said.

That’s because it’s explicitly stated in the directives that if someone doesn’t provide their pronouns, the court clerks will ask them to specify.

Nevens is a co-chair of the Sexual Orientation and Gender Identity Community for the Canadian Bar Association’s B.C. chapter, and a director at large for the same chapter. This fall, they and other non-binary lawyers provided guidance to the B.C. courts for the new rules.

For trans or non-binary people, the new directives mean they don’t need to question whether or not they should specify their pronouns, and can instead focus on their work or getting through the proceedings like everyone else in the room, Nevens explained.

“We take all of the questions out of the equation, and people who are non-binary and participating in the system, can just focus on their participation, instead of being distracted by whether or not their identity will even be recognized, respected,” they said.

The hope, said Nevens, is that the inclusive practice is picked up by B.C.’s administrative tribunals, such as the Human Rights Tribunal and the Civil Resolution Tribunal. The sub-committee is also pushing for gender-neutral washrooms to be available in all B.C. courts.

The shift towards a more inclusive courtroom will signal to future trans and non-binary lawyers that there’s room for them in the profession, Nevens said, adding that society and the legal profession will be stronger when its lawyers accurately reflect the diversity of the population.

“I hope it signals that you can be you and be a lawyer,” they said.