Who's running for mayor of Surrey? A look at all 8 candidates

Surrey is one of several Metro Vancouver communities that will find itself with a new leader on election night.

Linda Hepner, who's ran the city for four years, is not seeking re-election, meaning Surrey will choose its 37th mayor next Saturday.

The title will go to one of eight candidates vying for the top job in a fast-growing, fast-changing city.

It's a race that has already made headlines. The RCMP launched a criminal investigation late last month when allegations of voter fraud and bribery were made by a community group.

As a result, the RCMP is examining dozens of mail-in ballots. Voters were also warned to be wary of fraudulent calls being made in the city by scammers claiming to be election officials.

Candidates are hoping the alarming allegations won't keep voters from heading to the polls.

Residents won't make their decision for another week, and while many may still be undecided, a survey conducted this summer suggests they are united on one thing: public safety is a top concern. 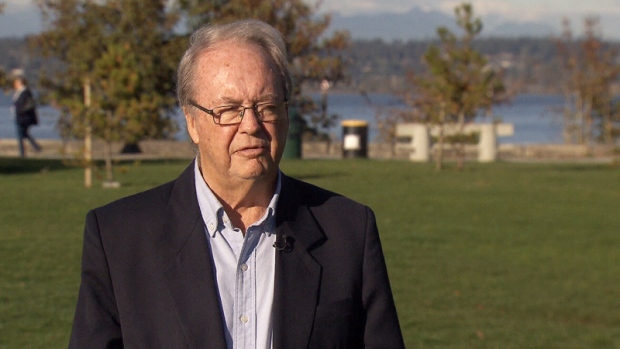 It's an issue that's also front of mind for Doug McCallum, one of the top contenders and a candidate who's led the province's second-largest city before.

McCallum was elected to council in 1993, then became mayor three years later. He was re-elected in 1999 and 2002, before being defeated by Dianne Watts in the 2005 election.

He left politics for nearly a decade, but attempted to come back in 2014 – a race he lost to Hepner.

"Many people have come to me over those last few years and said to me, 'Doug, will you please just get in there and get our city turned around?'"

So the Safe Surrey Coalition candidate is running again, on a platform that includes a SkyTrain expansion instead of the Surrey LRT, and a pause in the city's development projects.

He's also suggesting the city scrap its RCMP detachment in favour of a municipal system.

"My vision is we need to have a safe community, one with our own police department," he told CTV News.

His pitch is that an urban force, designed and trained to deal with issues specific to Surrey, would bring in officers committed to the city, who understand the community.

He hopes the force would make more of a dent the gang-related gun crime that has prompted residents' concerns and given the city a reputation.

But McCallum isn't the only one with hoping to improve the city's image, nor is he alone in his experience at city hall. 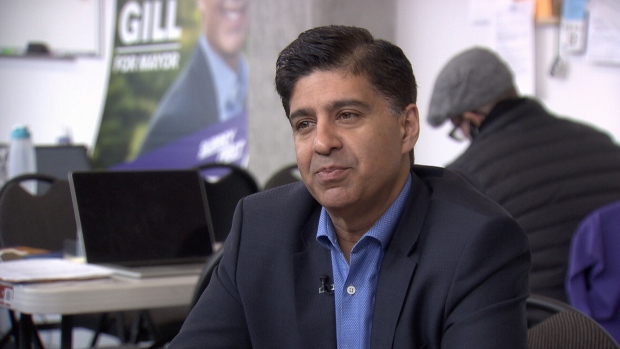 Tom Gill, who's been a councillor for 13 years, hopes to take the torch from Hepner as Surrey First's new candidate for mayor.

"I really want to make sure we have this immense amount of civic pride," he said.

He says the city has often unfairly been the butt of jokes. When he first came to the city 32 years ago, he would cringe at how it was characterized on the radio station he listened to.

Gill believes it's come a long way, and has earned a new, more positive reputation.

He hopes to bring out that pride by taking steps to improve public safety, connect communities, invest in arts and culture and improve amenities for young families. 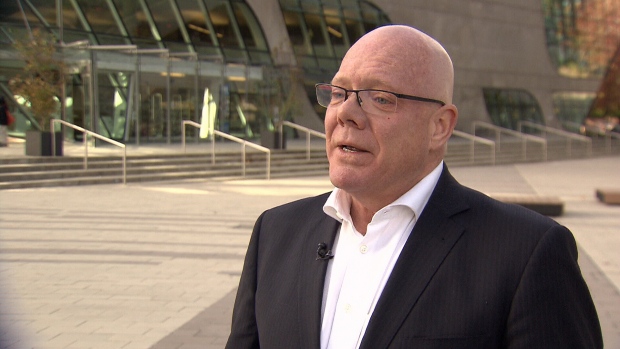 Bruce Hayne has also spent several years within the walls of city hall, and has a vision to change the connotation associated with Surrey from negative stereotypes to a place known for higher learning.

The councillor of seven years has lived in the city and owned his own business for more than two decades.

A former member of Surrey First, he's now running under the Integrity Now banner with a plan for the city's future inspired by its current population.

"Thirty per cent of our population is under the age of 20. I see Surrey becoming a university town, and giving youth those opportunities for post-secondary sears south of the Fraser," he said.

Having raised his own family in Surrey, he says he's seen the city grow up in the 26 years he's been a resident.

Now that it's "come of age," as he says, he hopes to make it an education hub for the region.

Also included in Integrity Now's platform are investments in sports and arts centres, pressing pause on the Surrey LRT project and increasing the number of police officers on the street. 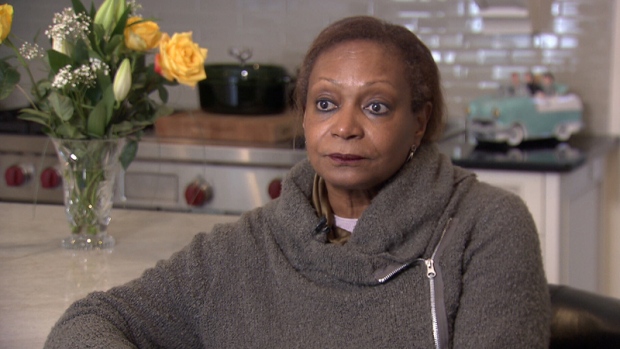 Specifically, "the massive, massive development that has taken place in Surrey with a lot of homes and absolutely no infrastructure in place."

Greaves has a Master's in criminology, a PhD in education administration and has spent her working life in careers "advocating for our vulnerable population," she says on her website.

Among the things she'd like to fix, if elected, are trying to pull Surrey out of TransLink and imposing a mansion tax.

Her party also has plans for noise pollution, public safety and investments in the arts and programs for kids. 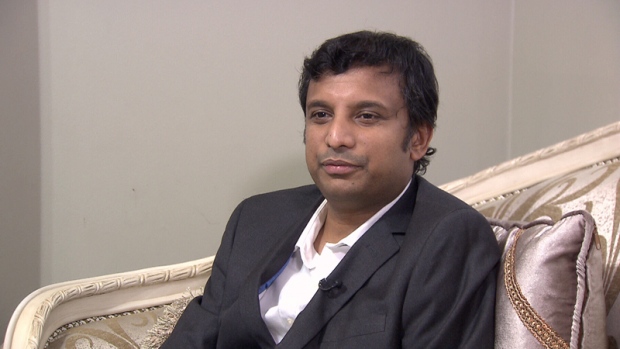 Candidate Rajesh Jayaprakash joined the race as a software architect who lived in cities around the world before settling in Surrey five years ago.

"One of my passions is consumer privacy, and informed accounts, and technology around it, and how we can advance that in the digital world," he told CTV.

Along with the rest of People First, Jayaprakash's first priority is better transportation, a solution that does not lie in the LRT, the party's website says.

They propose using the technology Jayaprakash loves to ensure criminals are convicted. 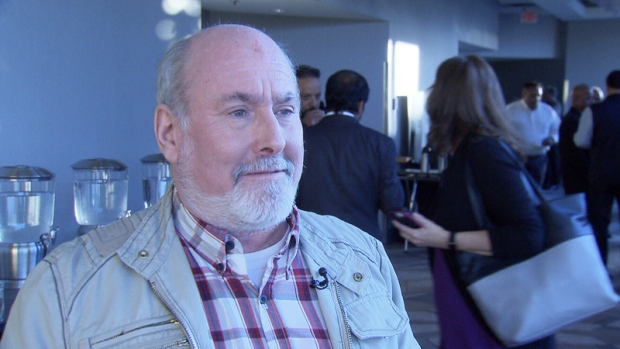 "With the LRT running at ground level, interfering with already the traffic that's there, it's just going to snowball into a worse nightmare for the residents of Surrey," he said.

Instead of the LRT or a SkyTrain extension, he wants a suspension railway system like those in the German cities of Wuppertal and Dresden. 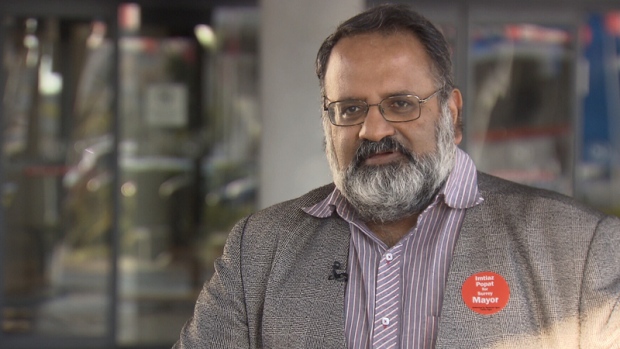 Imtiaz Popat is running for mayor as part of the Progressive Sustainable Surrey party.

"I'm a therapeutic counsellor so I understand issues around mental health, addictions, homelessness," he said.

He'd like to see more social, supportive and affordable housing, and more sensitivity training for police.

The party's platform, posted on Facebook, is summarized as: "preserving our ecological heritage while promoting a sustainable economy."

When it comes to transit, he'd like to see the old urban track that runs between Surrey and Chilliwack put back into use. 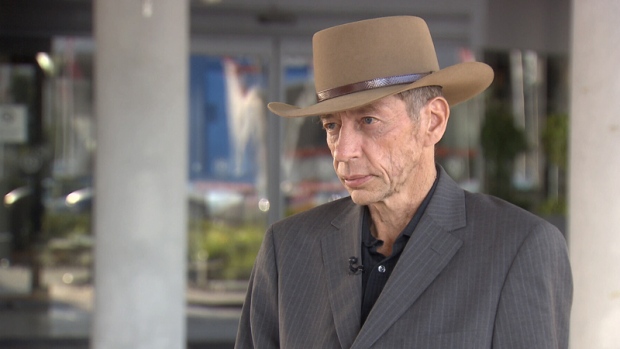 Independent John Wolanksi says there are a lot of people struggling "just to survive" in Surrey.

"The working man, the small businessman need help and policies to address this must be implemented," a bio on the City of Surrey's website reads.

He told CTV News he's a writer and he also works on documentaries.

His platform includes a "democracy project," which would reduce the impact of special interest groups on civic elections.

Wolanski vows to approach higher levels of government for more affordable housing alternatives, vote against mobility pricing, push for a SkyTrain for the Fraser Highway and lobby for a one-zone fare system on transit.

Looking for more information, including voter resources, key issues, and an interactive map of who's running in each municipality? Check out our Election 2018 microsite.

Full coverage of the 2018 local elections