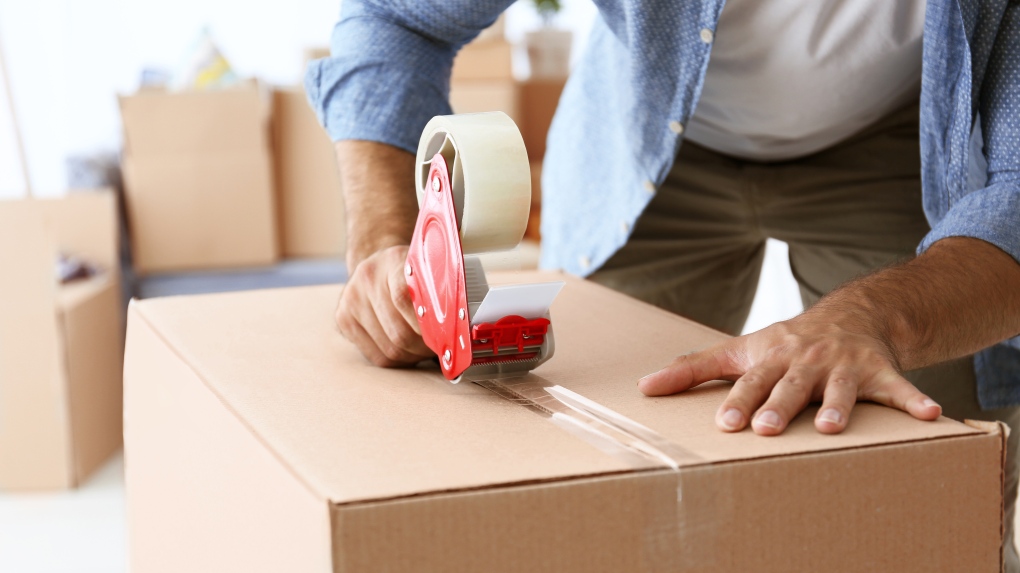 Person with a moving box is seen in this undated photo. (Shutterstock)

VANCOUVER -- Canadians from all across the country seem to be choosing B.C. as their new home amid the pandemic.

U-Haul shared the results of its 2020 migration trends earlier this week, and it appeared the province was a favourite spot as people packed up and moved.

B.C. tied with New Brunswick for top growth province, U-Haul said in a news release, though nine of 10 provinces saw gains last year. Ontario was the only province to have more movers leave than come in, according to the study, which looked at one-way truck rentals.

Of the entire country, however, North Bay, Ont., was the city with the most newcomers who took on moving themselves.

North Vancouver came in second, followed by the Ontario cities of Kingston, Belleville and Barrie/Orillia.

There were five B.C. cities on the list. In addition to North Van, Canadians moved to Vancouver, Chilliwack, Abbotsford and Nanaimo/Coombs.

U-Haul notes its migration trends don't correlate directly to population or economic growth, but can be "an effective gauge of how well cities are attracting and maintaining residents."