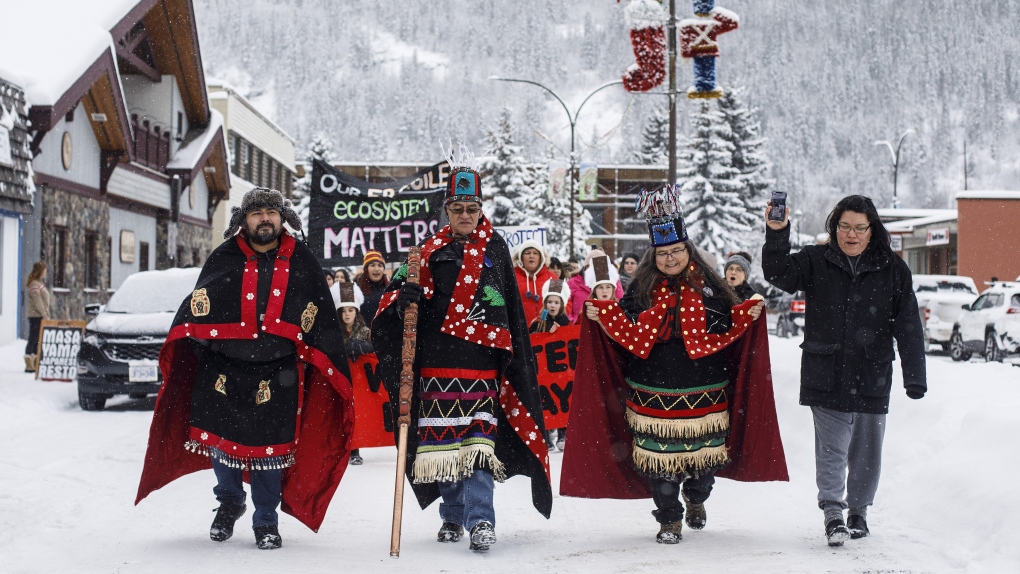 VANCOUVER -- The memorandum of understanding between Wet'suwet'en hereditary chiefs and the governments of British Columbia and Canada that largely ended more than a month of blockades and solidarity protests around the country moved closer to ratification Thursday.

The clans have given their support to sign the memorandum, according to the statement.

"We look forward to advancing this important work to implement Wet'suwet'en rights and title as three equal governments," the statement said.

The memorandum came after more than a month of demonstrations across Canada by both Indigenous and non-Indigenous supporters of those hereditary chiefs opposed to the Coastal GasLink liquefied natural gas pipeline under construction through their traditional territory.

While Coastal GasLink has signed agreements with all of the elected First Nations councils along the pipeline route, the hereditary chiefs assert responsibility for a much larger territory than those elected groups do.

Because the Wet'suwet'en never signed a treaty ceding that territory to Canada, courts have upheld the authority of the hereditary chiefs in the past.

The memorandum of understanding is intended to "affirm and implement Wet'suwet'en title and rights," the three governments said in their statement Thursday.

Now that the agreement has the approval of Wet'suwet'en clans, the next step is to sign it, but that's a step that will be complicated by the COVID-19 pandemic.

"Given the recommendations from the provincial health officer and the First Nations Health Authority to continue physical distancing measures and avoid non-essential travel, we are working out the details for the next steps, including signing the MOU and sharing it publicly," the three governments said in their statement.

"This time allows all three governments to organize a virtual meeting to sign," the statement said.

"The Wet'suwet'en Hereditary Chiefs, the Province of B.C. and Canada remain committed to implementing the rights and title of the Wet'suwet'en people through the MOU," the three governments said.

"There is a great deal of work ahead of us in the negotiation process agreed to in the MOU, to lay out how we will implement rights and title and how our three governments will work together into the future. As negotiations proceed on the affirmation and implementation of Wet'suwet'en rights and title, we will move forward with transparency and openness, and will be further engaging with Wet'suwet'en house groups, neighbouring Nations, local governments, stakeholders and the public."