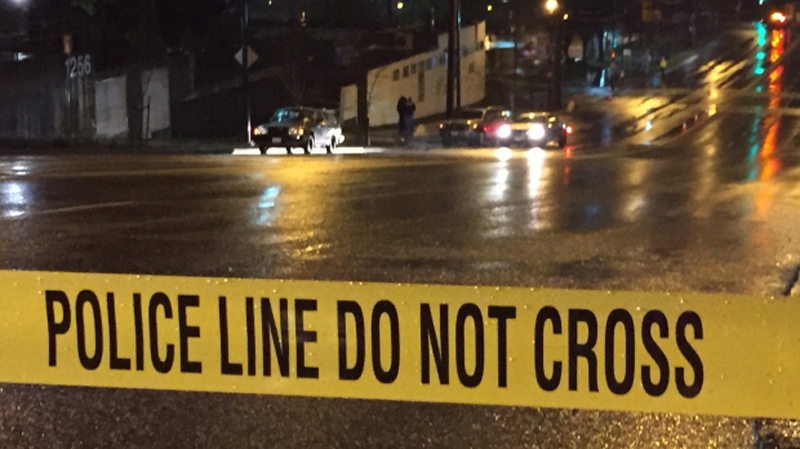 Police tape blocks off the scene of a pedestrian accident in East Vancouver in this file image.

VANCOUVER – B.C.'s public insurer is urging drivers and pedestrians to be careful as the province prepares for a tragically predictable spike in accidents on the road.

ICBC statistics show the number of pedestrians hurt in crashes almost doubles from October to January as the days get shorter and weather gets wetter.

Distracted driving is one of the top contributing factors to pedestrian accidents, according to the insurer, along with weather and drivers failing to yield the right-of-way.

ICBC's statistics also show crashes involving pedestrians happen most often between 3 p.m. and 6 p.m. on Wednesdays and Thursdays, and they're more likely to occur in intersections than anywhere else.

The insurer's warning comes just hours after a hit-and-run crash in Abbotsford that claimed the life of a man in his 50s Thursday morning. Authorities are still working to confirm the circumstances of the crash, but the roads were wet with rain at the time.

ICBC's advice for drivers is to take extra time to look for pedestrians, particularly near bus stops, and be ready to yield when necessary. The insurer recommends pedestrians make eye contact with drivers, watch for people making left or right turns at intersections and always stay in designated crosswalks.