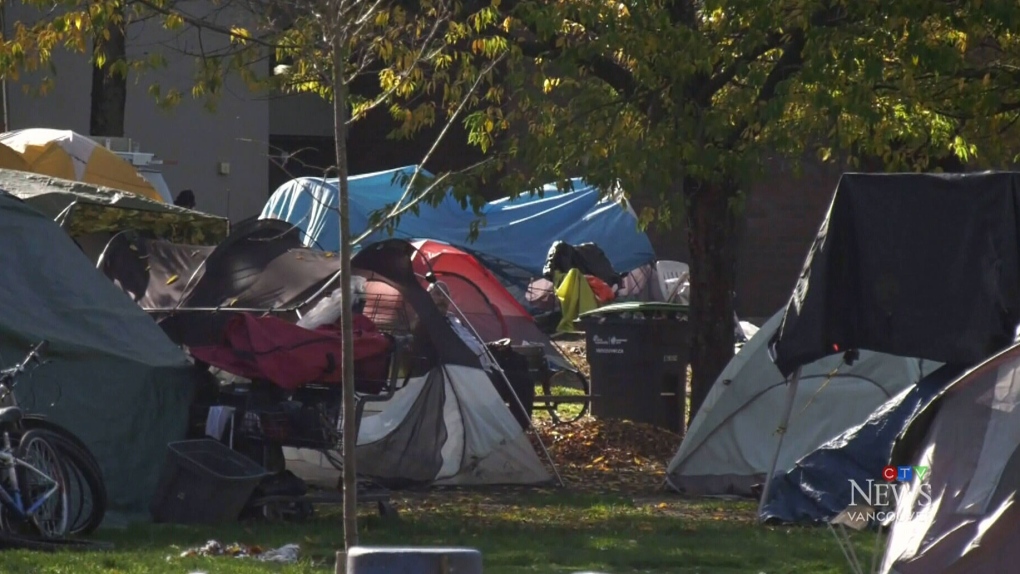 VANCOUVER -- The City of Vancouver and a non-profit partner are working together to increase opportunities for people experiencing homelessness near Oppenheimer Park to spend time warming up indoors, the city said in a release Thursday.

Most of the city's "warming centres" only open when temperatures reach -5, but Powell Street Getaway has been opening whenever the weather hits 0 - or feels like 0 - since Dec. 9.

So far, the centre has opened six times since that date, including Wednesday night. It was also scheduled to open Thursday night as part of the city's response to expected wind and heavy rain.

Lookout Housing and Health Society operates Powell Street Getaway, which serves an average of 108 people per night, offering meals and connections to daytime services, as well as a safe consumption site for drug users.

“We are pleased to be working with Lookout Society to provide warm spaces on a more regular basis for people who are sleeping outside," said Vancouver's director of homeless services Celine Mauboules in the city's release. "Based on last year’s extreme weather activations, we expect that by opening Powell Street Getaway when temperatures are at - or feel like - 0 degrees we will double the number of times this warming centre opens."

The warming centre is located approximately 100 metres from Oppenheimer Park, which has hosted tent cities on and off for several years.

The current tent city has been in the park for most of 2019, despite efforts by the city to relocate residents to permanent housing.

More than 130 moved out of the park and into city-provided housing in August, and 11 additional people have been housed "over the last few months," according to the city.

Still, approximately 50 people are still regularly sleeping in the park, and the city says it has "concerns" about their safety.

Vancouver police have alleged that Oppenheimer Park has been the epicentre of a spike in crime in the city in 2019, and have advocated for a court injunction to clear campers out of the park.

The Vancouver Park Board, which is responsible for maintaining the park, resisted the call for an injunction for months, but recently approved a "conditional injunction," that would allow the city to remove campers once certain conditions are met.

Among those conditions is a third-party assessment of the situation in the park, which will provide recommendations to enhance safety, provide support and seek shelter for those currently living in the park.

In its release Thursday, the city urged anyone sleeping outside on a cold night to make use of warming centres like Powell Street Getaway or to call 211 to find out about available shelter spaces.

Members of the public who would like to donate warm clothing for those experiencing homelessness - including new socks, toques or gloves - can also call 211 for more information on how to do so.