City council has approved a plan to replace Vancouver's viaducts as part of a strategy to open up the Northeast False Creek area for housing and recreational space.

Councillors voted in favour of a city staff report outlining a three-year, eight-phase process. The replacement plan begins with construction of underground parking, includes several traffic detours as surface-level roads are improved and viaducts are demolished, and ends with landscaping and cleanup.

The replacement of the Georgia and Dunsmuir viaducts with a surface street network was approved in 2015, but the details were not decided. City staff members were tasked with creating a plan and consulting with members of the public, businesses and stakeholder groups.

Staff consulted with more than 17,500 people in 18 months, the report says.

On Tuesday, the plan was amended then approved after a lengthy debate that was at times heated.

"You come out of a place where you're very, very self-conscious, always," Vision Vancouver Coun. Tim Stevenson said to Coun. Melissa De Genova.

De Genova called for a point of order, saying she found the remark disparaging.

"Coun. Stevenson is not in my mind. He doesn't know what I'm saying. I actually think it's quite offensive that he'd call any woman that," the Non-Partisan Association councillor said.

De Genova was the only councillor who voted against the plan, saying she wanted to know more about how the project would be paid for first.

She added that she felt a plan years in the making could stand to be delayed a few more months while questions are answered.

Among the changes to the initial report were new roads, construction of a new park and re-zoning to allow for more homes.

Green Party Coun. Adriane Carr was among the councillors who called for changes.

"I don't think it delivers on the most pressing issue in the city which is affordability," she said.

And NPA Coun. Hector Bremner said he felt the process was "haphazard."

"This has been really, really rushed. It's silly season. We're running up to an election and we're bulldozing this thing through and we don't know if we're making the right decision," he told reporters following the vote.

But the mayor said he felt the plan was well worth its $300-million price tag.

"There will be over 10,000 new developments in that neighbourhood and that will generate a lot of the revenue that we need to take down the viaducts, build a new street network," Gregor Robertson said.

The report said the city could gain as much as $1.7 billion in public benefits from developer fees land sales.

City staff estimated that retrofitting the viaducts to provide another 50 years of service would cost the city $90 million, while new viaducts would cost about $120 million and last 100 years. The city opted to remove them and focus on a surface-level street network to allow the neighbourhood to develop, reconnect heritage areas to the waterfront, free up more space for parks and squeeze in mixed-use, affordable housing where the viaducts currently stand. 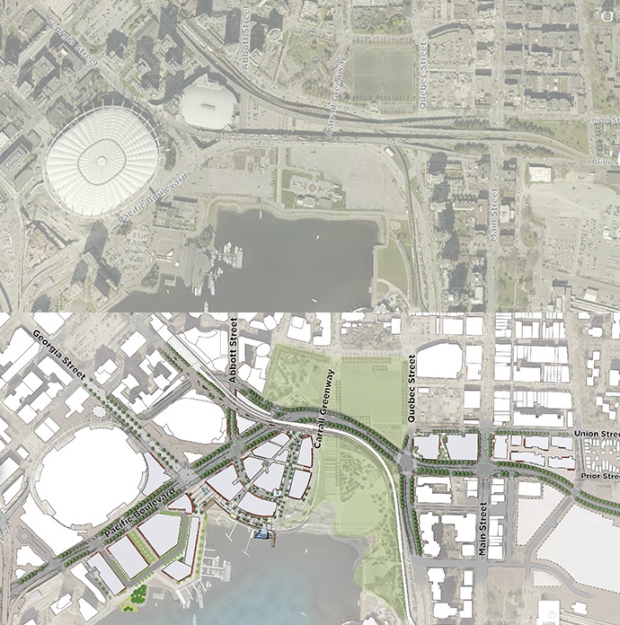 Changes to city streets are part of a larger plan to completely revamp the Northeast False Creek area. Over the next 20 years, the city expects as many as 12,000 residents to move into the area the report calls Vancouver's "last remaining piece of large undeveloped land in the downtown."

The swath of land makes up about 10 per cent of the downtown peninsula.

Once the viaduct project is complete, city staff will turn their attention to how the space will be used. Plans include 1,800 affordable housing units, a community centre and an outdoor space for festivals and concerts.

Also in the ambitious draft plan are public promenades, a skate park, a pool or water park and beach or waterfront access. City staff will work with the Vancouver Park Board on the design of all parks and open spaces and report back to council within six months, the report said. 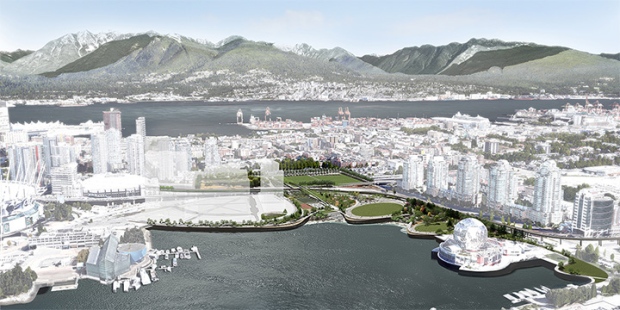 One of the more controversial suggestions approved Tuesday was a plan for condo towers that some say could block mountain views along corridors the city has protected for decades.

Council approved height limit exemptions for three buildings that will form what city staff call the "Georgia Gateway." Two of the towers will stand at approximately 425 feet (48 storeys), and the third will be 400 feet, despite city bylaws barring buildings taller than 300 feet.

The report says the condo towers located at Georgia Street and Pacific Boulevard will "contribute to the beauty and visual power of the city's skyline and frame street end views to the False Creek Basin." 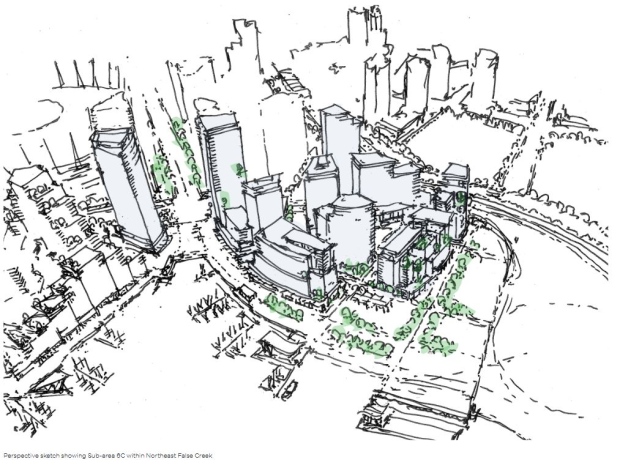 In addition to the revision of land use, the city's plan includes acknowledgement of a past injustices. Vancouver's black community was displaced from Hogan's Alley, a four-block lane between Union and Prior streets, when the viaducts were built, and residents of Chinatown were cut off from other neighbourhoods in the '50s and '60s.

"Although they are only a small portion of the envisioned freeway network, their physical and social impact on these communities remains today," the city staff report said.

Members of the city's black community were consulted during the last two years and helped to co-design a new plan for the Hogan's Alley Block, with a focus on "reconnecting people, community, and social and cultural fabric that was lost."

The space once known as Hogan's Alley will be inclusive to people of all ages, ethnicities, abilities and socio-economic status, the report said, and will be home to a cultural centre, community-supported retail and economic development and affordable housing.

Chinatown will be reconnected with neighbourhoods to the south and east by the new road network, providing opportunities for more cultural programming and events.

Further details of the city's long-term plans for the space are available online.

Those interested in how councillors voted on each item of the report or to who wish to hear the debate at City Hall can watch the meeting in full online. 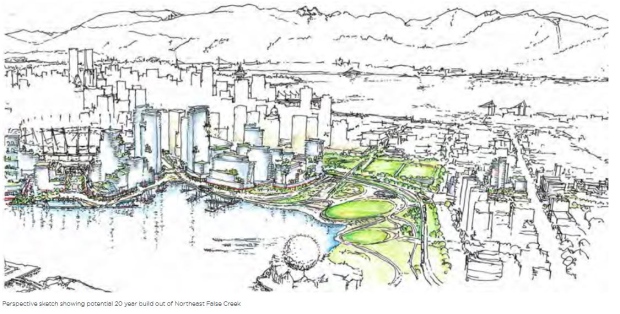