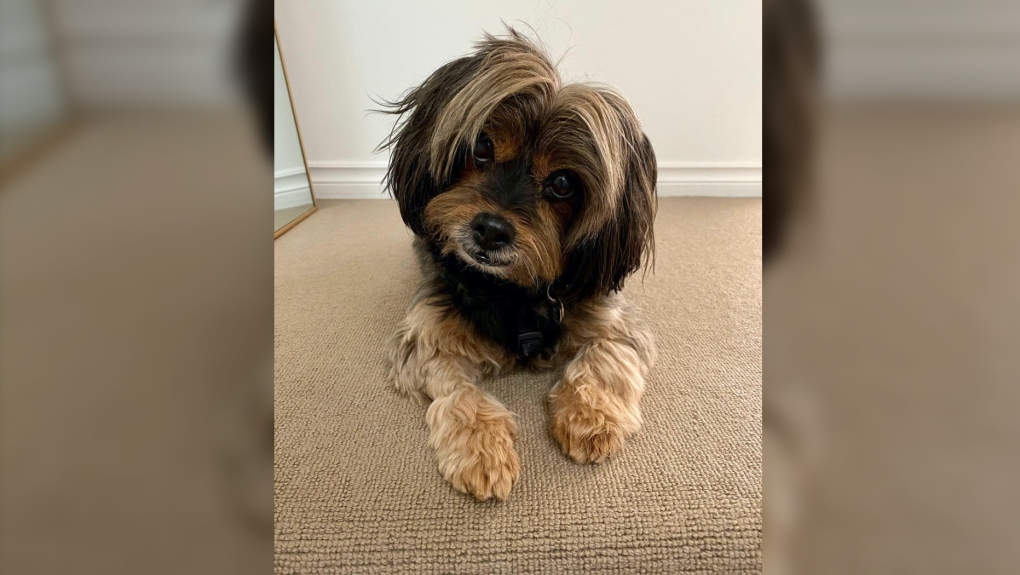 Kristina Matisic said she is now afraid to take her 12-year-old dog Ruby for a walk because of the incident. Ruby can be seen in this handout photo.

VANCOUVER -- A Vancouver woman is warning pet owners about the danger THC poses to their four-legged family members after her dog became sick while on a walk in the Kitsilano neighbourhood.

Kristina Matisic said she is now afraid to take her 12-year-old dog Ruby for a walk because of the incident, which took place in January.

“We went for our usual walk, same route as I often take in my neighbourhood,” Matisic told CTV News. “I didn’t even notice her eat anything but within an hour of being home she got very sick and was throwing up non-stop.”

Matisic rushed Ruby, a “Dorkie” Dachshund-Yorkshire Terrier mix, to Burrard Animal Hospital + Emergency, where she stayed for more than 24 hours.

Given COVID-19 protocols, Matisic said she wasn’t able to go inside the veterinary hospital with Ruby, which made the situation even more stressful.

“It was very upsetting, you have to hand over your pet and just wait for them to call you,” she said. “I know she’s an older dog and that I may have a few years left with her hopefully, but that all came crashing down. I was thinking, ‘Oh my god, is this the end? Is this how she’s going to go? I’m not ready.’”

Several tests and $2,000 later, it was discovered that Ruby had THC in her system.

According to the B.C. SPCA, THC, the psychoactive component of pot, can cause "seizures, coma and even death" in pets. And the Canadian Veterinary Medical Association has reported a "precipitous increase" in THC-related incidents since recreational use of the drug was legalized.

“Her heart rate was really low and her pulse was low so they did a bunch of other tests to make sure she was OK.”

Matisic said she believes Ruby ingested a roach left on the ground and is asking pot smokers to properly dispose of them.

“Roaches have a sweet taste, so they’re appealing to dogs,” she said.

Matisic said it took Ruby a few days to get back to her normal self and now she is extra cautious when taking her out for a walk.

“I’m keeping a close eye on her and avoiding areas where I see buds discarded,” she said. “We need to get some education out about this, I don’t care what people smoke or do but dispose of it properly.”