Vancouver tallying up number of homeless people on streets, in shelters 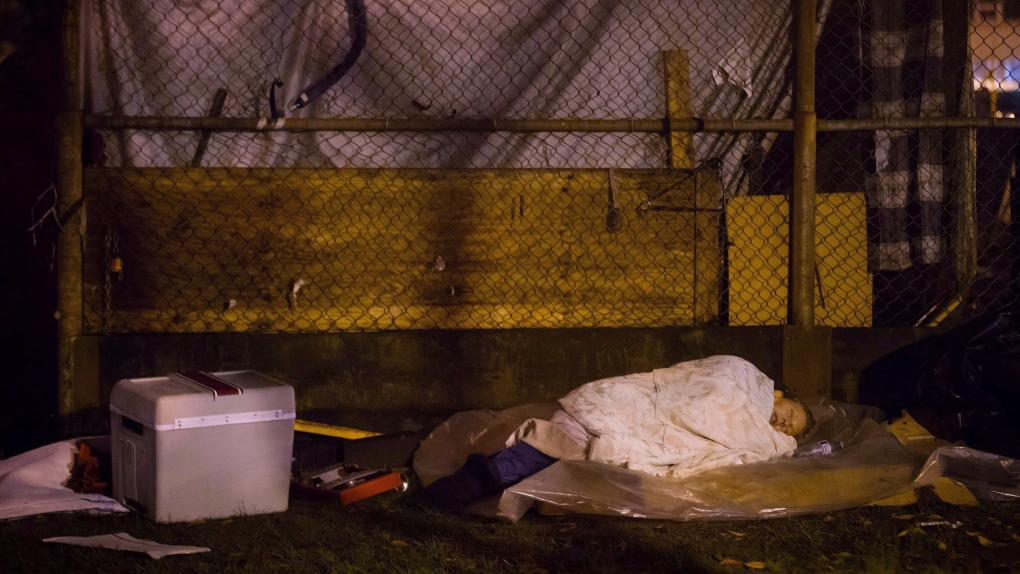 A homeless woman sleeps at a tent city at Oppenheimer Park in the Downtown Eastside of Vancouver, on Wednesday, Oct. 15, 2014. (THE CANADIAN PRESS/Darryl Dyck)

Vancouver's annual homeless count is to begin tonight and will continue through all city neighbourhoods for 24 hours.

The count has been done every year since 2010.

It's in addition to a region-wide count held every three years across Metro Vancouver - the next one is due in 2020.

Volunteers in the Vancouver count tally everyone in emergency shelters and record people living on the street.

Results could be available by the beginning of May.

Last year's count showed there were 2,181 homeless people in Vancouver.

There were 659 people living on the street and 1,522 in emergency shelters, detox centres, safe houses and hospitals.

A report compiled last year included results from 24 homeless counts across British Columbia in 2017 and 2018. It found 7,655 individuals, including more than 2,019 children had experienced homelessness.

Most were seeking shelter in Metro Vancouver and the Fraser Valley. But more than 900 people in Victoria did not have a permanent address, 301 were homeless in Nanaimo, almost the same number needed shelter in Kelowna and 160 were sleeping rough in Prince George.

"The three main barriers to accessing housing identified by survey respondents were high rents, low incomes, and a lack of available, suitable housing," the report said.