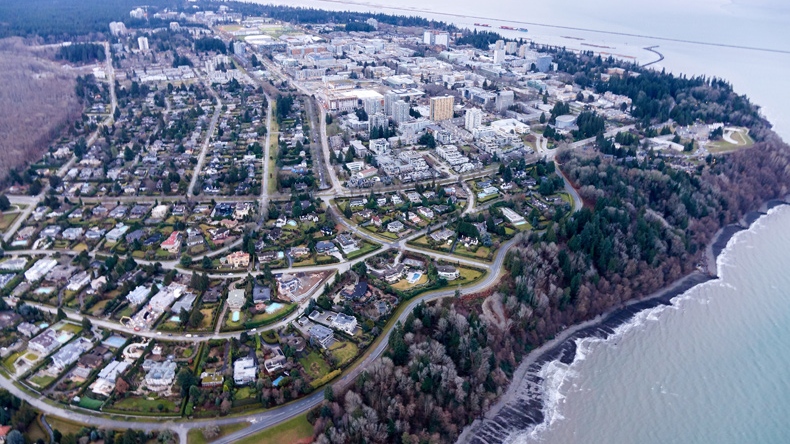 The University of British Columbia is seen from the air in the second week of January 2018.

A European job site has ranked Vancouver as one of the world's top cities for university students.

The list released by AppJobs.com ranked the B.C. city 20th overall out of 30.

"We have analyzed the world’s top cities to study and ranked them according to key factors we believe are most important to students," the site said. "This included average monthly rent prices, the number of universities in the area, the number of part-time jobs."

AppJobs – which connects job seekers specifically with app-based companies like Uber and Foodora – also took into account the number of concerts and shows that take place in a city, how many universities it is home to and, finally, the "cost of a pint."

When it came to part time jobs, Vancouver ranked sixth with some 6,000 employment opportunities for students – surpassed only by New York, London, Boston, Toronto and Manchester.

With only two major universities, AppJobs ranked Vancouver near the bottom (27th) in terms of academic options.

Unsurprisingly, the B.C. city came in 20th in terms of accommodation, with the average monthly rent listed at some $2,100. According to AppJobs, only major metropolitan centres such as Zurich, Sydney, Singapore, London, Boston, Hong Kong and New York are more expensive to rent in.

But what about the beer?

Those looking to study in Vancouver don't have reason to be too concerned, according to AppJobs.

At just under $7 for a pint, the sited ranked Vancouver 14th of the 30 cities when it came to the cost of a brew.

AppJobs' list did not consider the Vancouver's many colleges as part of the post-secondary options, including Langara, BCIT, Columbia and Vancouver Community College.

In addition to UBC and SFU, the region is also home to two smaller universities – Capilano and Emily Carr.