Vancouver is opening its outdoor pools next month, but there are some rules swimmers need to know 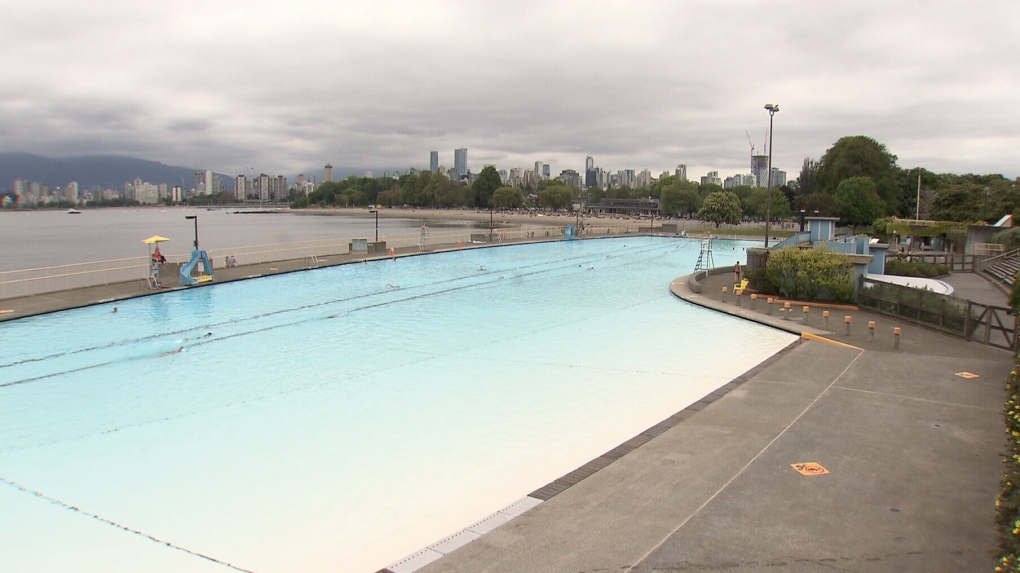 Vancouver's Kitsilano Pool got a $3.3 million facelift this winter.

VANCOUVER -- With a plan in place to prevent the spread of COVID-19, Vancouver has announced an opening date for its outdoor pools.

Three of the city's four outdoor parks will be open to swimmers starting July 13, the City of Vancouver said in a statement Monday.

Kitsilano, New Brighton and Second Beach will open that day. The date of the Maple Grove reopening is not yet known, as the city says it might be slightly delayed while staff "configure" an online booking system.

The pools are opening later than usual this year due to prevention of the spread of novel coronavirus.

The city needed to train life guards on safe rescue techniques, as well as come up with a plan that would limit risk of exposure to the virus.

Outdoor pools will be open for a combination of lap swimming and public swimming sessions.

Those who plan to use the pools need to arrive already in their swim suits, as change rooms will not be open. Washrooms will be open, however.

Physical distancing protocols will be in place at entrances and exits throughout the facilities, the city says.

Lap swimmers will have to book a 45-minute period, while casual swimmers can book 90 minutes.

Between appointments, there will be a half-hour "buffer" where facilities will be sanitized and prepared for the next group, the city says.

Admission to pools will be partly managed by online reservations, though swim periods can be booked by in-person drop-ins as well.

All payments will be contactless and electronic, meaning cash will not be accepted. Park Board Flexi passes also can't be used, though Leisure Access Pass holders can make reservations.

Swimmers can't bring snorkels and kickboards, and there will be no towel or goggle rentals.

Among the other changes made are line markings on pool decks and wider lanes for length swimming.

Lifeguards will be asked to wear personal protection equipment on duty.

In its announcement about local outdoor pools, the city also said spray parks will be opening soon, and beaches will be staffed with lifeguards.

Swimming zones will be marked with flags instead of buoys.

There are some new guidelines, including that physical distancing is mandatory for everyone on beaches, including lifeguards. Beachgoers must be at least two metres from lifeguards' chairs.

Change rooms will remain closed, but bathrooms are open.

In the event first aid is required, only the patient and the lifeguard will be allowed in the first aid room. If the patient is a child, one parent or guardian from the same household can be present.