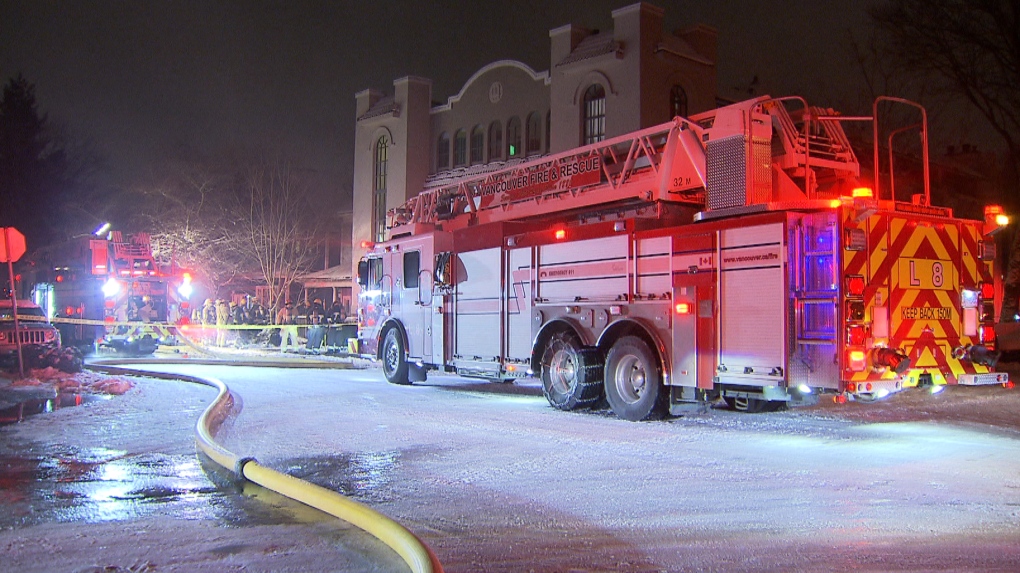 VANCOUVER -- A fire broke out at a home under renovation in East Vancouver Monday night and crews had to battle the blaze in cold, icy conditions.

Fire crews were "dealing with the icy conditions and the sub-zero temperatures," Morishita said.

The fire broke out at a three-storey home around 9:30 p.m., at the back of the building on East Pender Street near Heatley Avenue. Fire crews were initially called to a report of smoke in the area according to Morishita.

Fire apparatus at the scene had snow chains on its tires.

"Right now we all carry chains for the icy conditions. All the main roads at this time are clear, but our side roads are covered in ice so we need to carry chains or wear chains on our fire trucks at this time," Morishita said.

A City of Vancouver salting truck was called to salt the roadways near the fire scene, and a transit bus was brought in so firefighters could warm up and take breaks.

"Our crews did a fantastic job. We had heavy smoke conditions and we're unable to find the seat of the fire, so we were dealing with that smoke removal and entering the building with unknown fire conditions," Morishita said.

According to Morishita, there were were no injuries because the home was being renovated. A fire investigator was on scene to determine the cause of the fire.