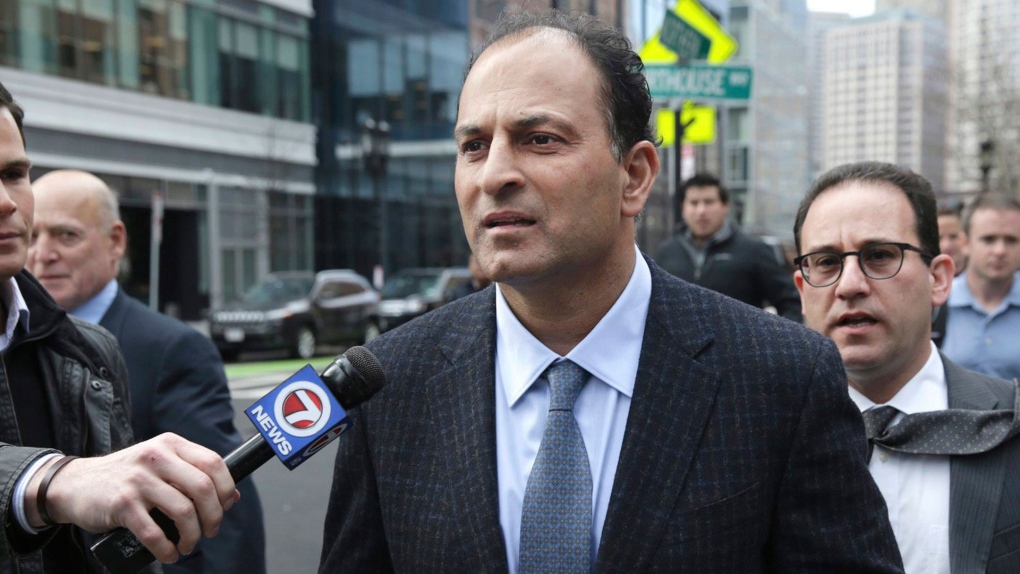 BOSTON -- A former Canadian Football League player pleaded guilty Friday to participating in a college admissions cheating scheme by hiring someone take the SATs in place of his two sons.

David Sidoo, a businessman from Vancouver, British Columbia, pleaded guilty to a mail fraud conspiracy charge in Boston federal court. The plea deal calls for Sidoo to serve 90 days in prison and pay a $250,000 fine and must be approved by the judge.

Sidoo was among 50 prominent parents, university athletic coaches and others charged last March in the scheme, which authorities say involved rigged entrance exams and bogus athletic credentials to make applicants look like star athletes for sports they didn't play.

Sidoo, 60, said little in court except to answer questions from the judge about the plea agreement. His lawyer, Martin Weinberg, declined to comment after the hearing. Sidoo is scheduled to be sentenced in July.

He had been scheduled to go on trial in January alongside six other prominent parents still fighting charges in the case. Eight other parents, including “Full House” actress Lori Loughlin and her fashion designer husband, Mossimo Giannulli, are scheduled to stand trial in October.

Sidoo joins nearly two dozen parents, including “Desperate Housewives” star Felicity Huffman, who have already pleaded guilty. Huffman was sentenced to two weeks in prison. Sentences for other parents range from no prison time to nine months behind bars.

Sidoo played professional football for six years for the Saskatchewan Roughriders and BC Lions, according to his website. He was CEO of mining firm Advantage Lithium Corp. when he was arrested last year and was also a founding shareholder of an oil and gas company that was sold in 2010 for more than $600 million.

The test taker, Mark Riddell, pleaded guilty last April and has been co-operating with investigators. He has not yet been sentenced.