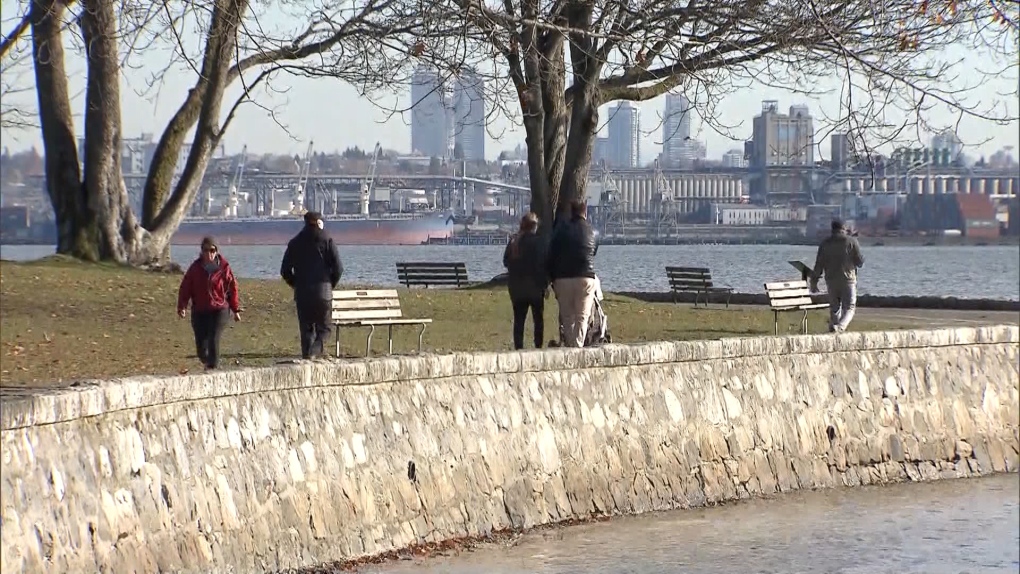 Wednesday was the 12th consecutive day without any precipitation in Vancouver. That ties a record set back in 1956, according to Matt MacDonald, a meteorologist for Environment Canada. (CTV)

VANCOUVER - November is typically the rainiest month of the year at Vancouver International Airport, with an average of roughly 185 millimeters of rain recorded during the month each year.

In November 2019, 0 millimetres have fallen so far.

In fact, Wednesday was the 12th consecutive day without any precipitation recorded at YVR. That ties a record set back in 1956, according to Matt MacDonald, a meteorologist for Environment Canada.

"With no rain forecast tomorrow - Thursday - or Friday, this is going to be a new record-long dry spell for this time of year," MacDonald told CTV News Vancouver.

For the purposes of record-keeping, "this time of year" means the end of October and the beginning of November. Never before have the two months intersected in the middle of such a dry spell.

While many have enjoyed the respite from November's typical downpours, the lack of rain has also led to air quality concerns on British Columbia's South Coast.

The regional authority cancelled the bulletin on Wednesday, saying air quality had improved because of "changes in the weather that have increased dispersion of air contaminants from emissions sources in the region."

That change matches MacDonald's assessment of the medium-term forecast. While dry weather has been persistent to start the month, rain will certainly return soon, he said.

"This is typically our rainiest month of the year," MacDonald said. "It's been a really quiet start, so far, but inevitably we'll get into the true storm season as we hit mid-November through December and into January. We always see active storm patterns throughout that period."

British Columbians may not be thrilled by that prediction, but people living elsewhere in Canada should be, MacDonald said.