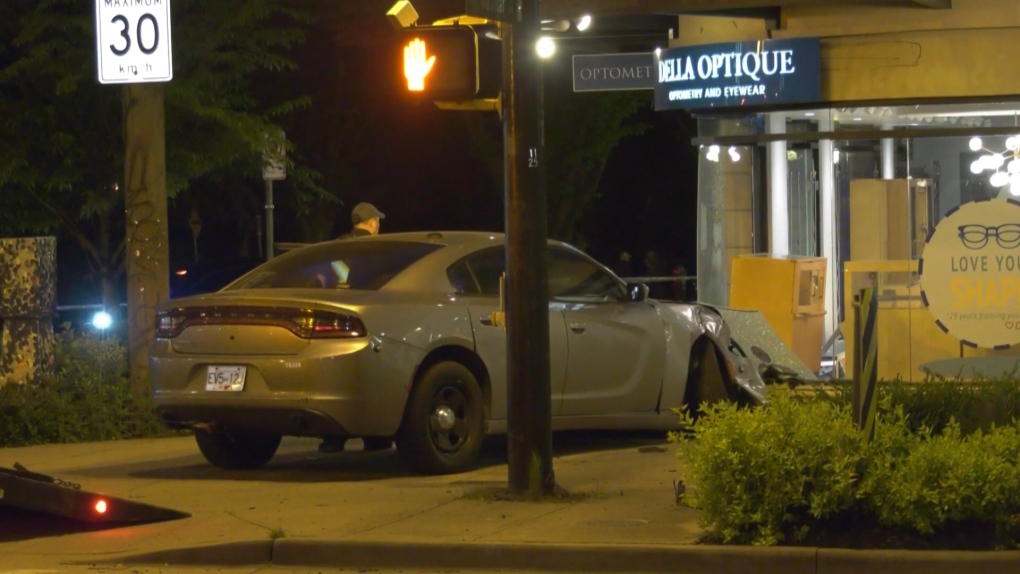 Police say one of their unmarked cruisers crashed into a Vancouver storefront on May 11, 2020.

VANCOUVER -- A Vancouver business will need repairs after an unmarked police cruiser crashed into its storefront Monday evening.

Vancouver police say at about 7 p.m., the cruiser collided with another vehicle near Trafalgar Street and West Broadway.

Video taken of the incident shows a silver Mercedes attempting to take a left turn from the right lane, when the unmarked cruiser drives alongside it. Police say their vehicle then swerved and crashed into an optical store.

"There is obvious damage to the storefront and both vehicles involved," police said in an emailed statement.

One large window at the front of the store was completely smashed in the incident and some displays inside were knocked over.

No pedestrians were hurt and both drivers were assessed at the scene. Nobody was taken to hospital.