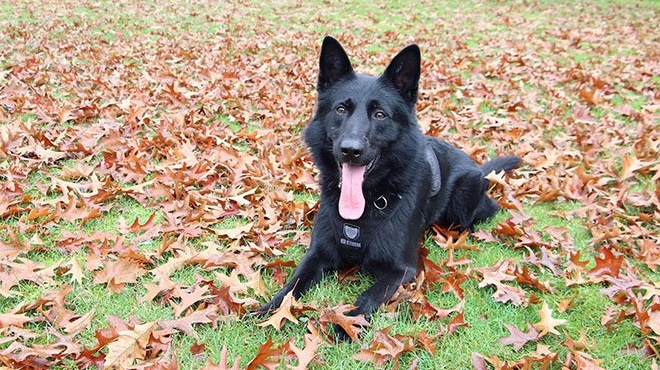 Vancouver police said one of their canine officers was punched and kicked by a suspect during an arrest on May 11, 2020. (Handout)

VANCOUVER -- Police are recommending charges against a 66-year-old man who allegedly tried to steal a cop car in East Vancouver then kicked a police dog and broke its tooth.

Authorities said they received a report that someone broke into a city works yard on Monday morning, and that responding officers found a man attempting to start a marked police vehicle.

Police tried to arrest the suspect but said he fought back by assaulting them and their dog, leaving the animal with a broken tooth.

Sgt. Aaron Roed said it's fortunate none of the officers were seriously injured.

The suspect was also arrested the previous day for uttering threats in Stanley Park, according to law enforcement. He was released from custody with conditions pending a court appearance.