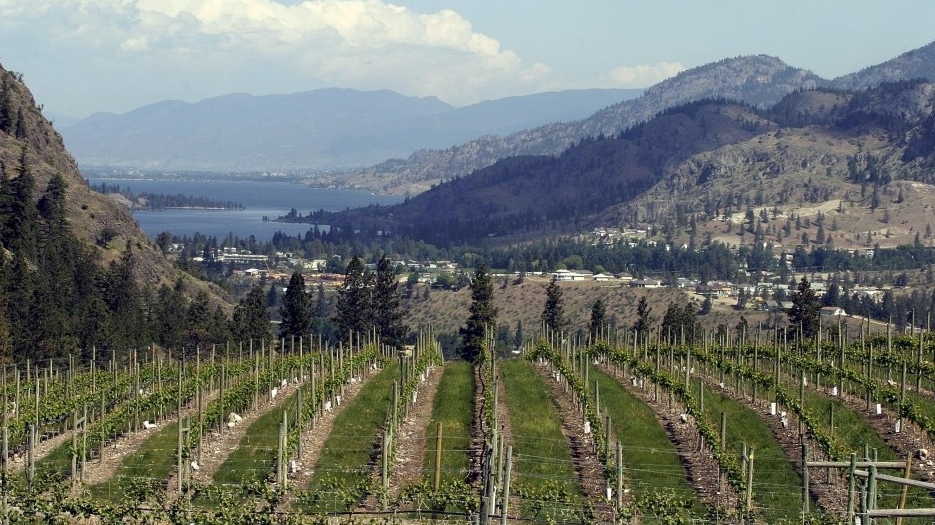 VANCOUVER -- Adopting drought and heat-tolerant grape varieties could help winemakers grappling with the effects of climate change, says new research from the University of British Columbia.

Wine grapes are particularly sensitive to temperature, which means many growers have already been feeling the effects of a changing climate for decades, said Elizabeth Wolkovich, a professor of forest and conservation sciences and senior author of the report released Monday in the Proceedings of the National Academy of Sciences.

“You're looking for this perfect variety that will match to the length of your growing season, so that it ripens just at the end, when you get the perfect climate,” said Wolkovich, adding that the good news is winemakers can adapt their practices to keep wine flowing.

The Intergovernmental Panel on Climate Change has warned that if the current trend continues over the next decade, the world is on track to warm by more than 1.5 C.

The report published in the official journal of the National Academy of Sciences forecasts that 56 per cent of regions that grow wine grapes would be lost if the global climate warms by 2 C.

“When we say it's unsuitable, we're saying in at least 25 per cent of a 20-year period, we don't think they will be able to harvest a good quality crop,” said Wolkovich.

In some regions, climate change could mean there is too much precipitation, which can lead to disease. In others, Wolkovich said hot temperatures could mean grapes with poor sugar-acid ratios.

But the researchers found that losses of suitable grape-growing areas declined when they allowed for the turnover of cultivars, or grape varieties produced by selective breeding.

There are more than 1,100 wine grape cultivars planted around the world, said Wolkovich, and their main differences include how much heat they need, how drought-tolerant they are and how quickly they ripen.

Grape growers are already using adaptation strategies, such as shade cloths and misting systems, to cool down the plants, said Wolkovich.

When those aren't enough, that's when cultivar diversity comes in, she said.

To make their predictions, the researchers drew on long-term French records for 11 diverse grape varieties including Cabernet Sauvignon, Chardonnay, Merlot, Pinot Noir, Riesling and Sauvignon Blanc. They compared the plants' phenology, which refers to the timing of a plant's developmental stages, such as bud burst and ripening.

Using temperature data and climate modelling, they built models that predict how grape varieties would fare in other regions with 98 per cent accuracy, said Wolkovich.

In Canada, growers are often limited by climate and plant comparatively few varieties, said Wolkovich, adding that they face additional regulatory hurdles when importing grape varieties from outside the country.

But the northern hemisphere is warming quickly, said Wolkovich, which could mean it will be easier to grow certain varieties, such as Pinot Noir, in places like Vancouver Island.

Both growers and consumers will have to get on board if cultivar diversity is to take off, said Wolkovich, noting that consumers in Canada and the U.S. tend to emphasize variety rather than the region their wine comes from.

Wine grape plants must grow for around five years before they're ready for harvesting, she said, and the decisions growers make now are crucial as they try to predict and prepare for the effects of climate change in their regions.

Lorin Inglis, the general manager of Enrico Winery in Mill Bay, B.C., said he's often thought about planting a few rows of Merlot to see what happens, but the risks and costs are prohibitive. Each plant typically costs between $6 and $10, he said, and cultivating an acre of vines could cost as much as $75,000.

Besides, Inglis said, warm temperatures over the last six years or so have contributed to some of Enrico's best harvests on Vancouver Island since they began planting 15 years ago.

Their strategy has been to grow disease-resistant hybrid grapes that are already proven to perform well in the climate on Vancouver Island. Inglis said it will be a long time until the impacts of climate change prompt him to change the varieties.

Wolkovich said when she began researching wine grapes, she was dismayed by how much wine sparked people's interest compared to the other effects of climate change.

“At four degrees warming, I don't know that you will be in a position to worry about how good your Bordeaux from Bordeaux is,” she added.

But now, Wolkovich said, she appreciates that wine is becoming another way for more people to understand climate change.