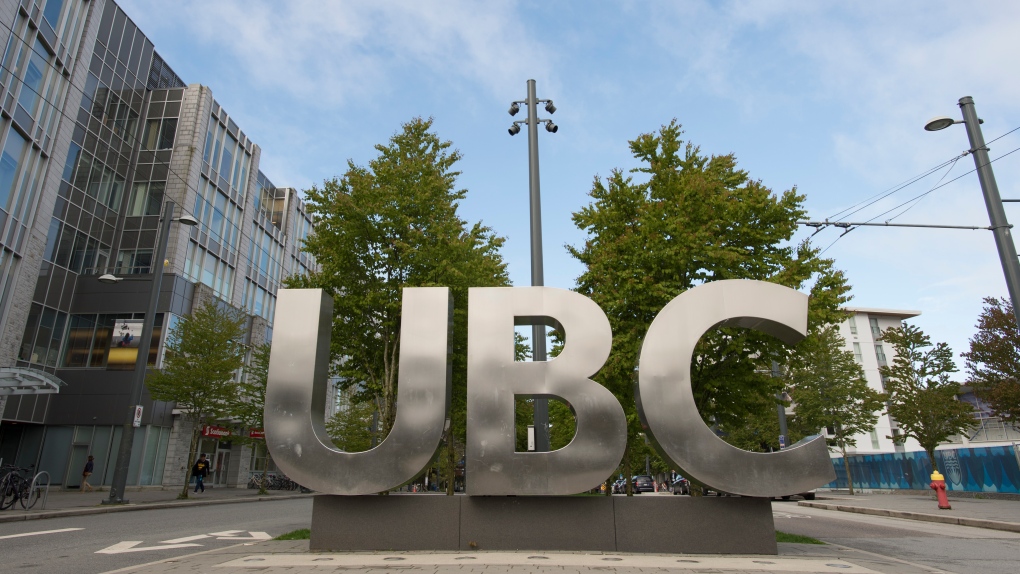 The UBC sign is pictured at the University of British Columbia in Vancouver, Tuesday, Apr 23, 2019. THE CANADIAN PRESS/Jonathan Hayward

The University of British Columbia has decided to extend its switch to mostly online learning as the Omicron variant of COVID-19 continues to spread rapidly through the province.

UBC decided at the end of last year to delay the return to in-person learning for classes in the spring term until Jan. 24. On Wednesday, the university announced that it would push back that return date until Feb. 7.

"As we enter 2022, we know the Omicron variant is a concern for many in our community," the university said in an email to students and employees announcing the change.

"We understand that students, faculty and staff require timely information for planning, particularly those who may be travelling internationally," the statement continued. "Today, we are confirming that UBC has made the decision to continue to deliver the majority of programs online until Feb. 7."

The university promised to continue to "assess the situation" and provide another update on the spring term during the week of Jan. 24.

A number of courses with clinical, experiential, performance or studio components have been happening in-person with COVID-19 safety protocols in place since the current term began on Jan. 4.

Several more - including those at UBC's Peter A. Allard School of Law - are set to resume on Jan. 24.

In an email to students and staff on Wednesday, law school dean Ngai Pindell said the law school would be returning to the classroom sooner than some other programs.

"Like all of you, I am deeply concerned about the risks posed by Omicron to the health and safety of the law school community and to our families," Pindell wrote. "I am also cognizant of the limitations of online instruction and the negative impacts of continued isolation on our mental and emotional wellbeing."

A spokesperson for UBC confirmed to CTV News that the law school and "some classes in applied science and science" would return on Jan. 24, rather than Feb. 7.

"Those decisions are made where the pedagogy supports them and where class size is not as much of an issue," the spokesperson said in an email.

UBC students can expect to hear directly from their programs about return-to-classroom plans for specific courses, the university said in its statement.

STUDENTS ASKED TO RETURN TO CAMPUSES BY EARLY FEBRUARY

The delayed return for most classes applies to both UBC's Vancouver and Okanagan campuses, and facilities in both locations remain open, the university said. That includes student services, student housing and all libraries.

"We recommend that all students plan to be on campus early in February, so they can be ready for the start of in-person teaching and learning," UBC said Wednesday. "We are also in the process of continuity planning for the potential impact of the Omicron variant on our employees, and any associated demands on the university’s testing capacity."

As of early Wednesday afternoon, no other B.C. universities had announced extended remote learning plans.