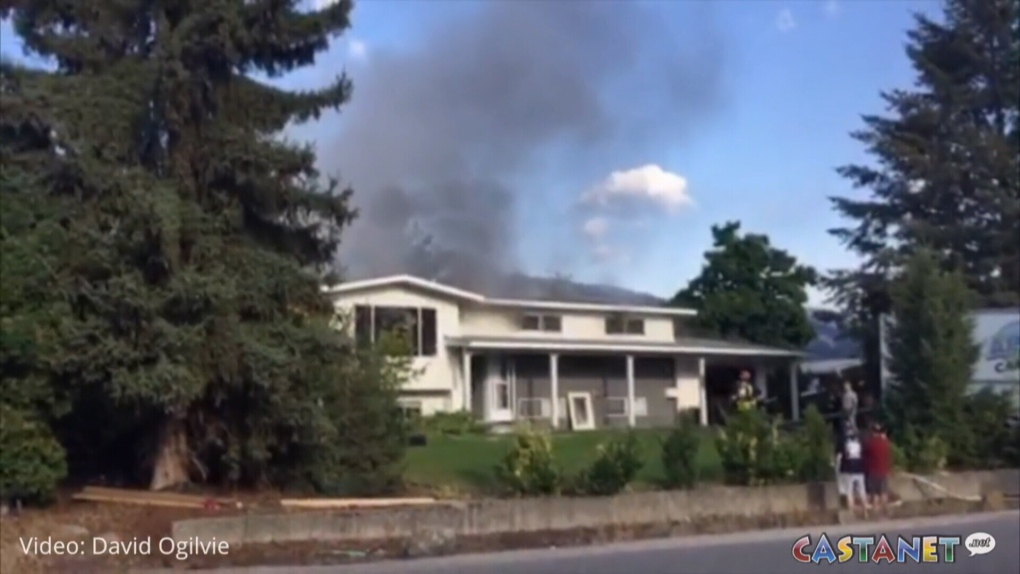 Two people were trapped in the bedroom of a burning home in West Kelowna Saturday morning (photo: David Ogilvie/Castanet)

Two people were trapped in the bedroom of a burning home in West Kelowna Saturday morning and had to be carried out by firefighters.

Crews were called to the house on Guidi Road shortly before 8:30 a.m. When firefighters made it to the second floor bedroom, they found a disoriented adult and an unresponsive child, who they carried out to the front lawn to begin first aid.

Both the adult and the child responded to treatment, according to West Kelowna Fire Rescue, and were transported to hospital along with two other adults and one child who had made it out of the building on their own.

The cause of the fire has not been determined, but is under investigation.