Trudeau says he won't use 'tricks' to ram through pipeline construction 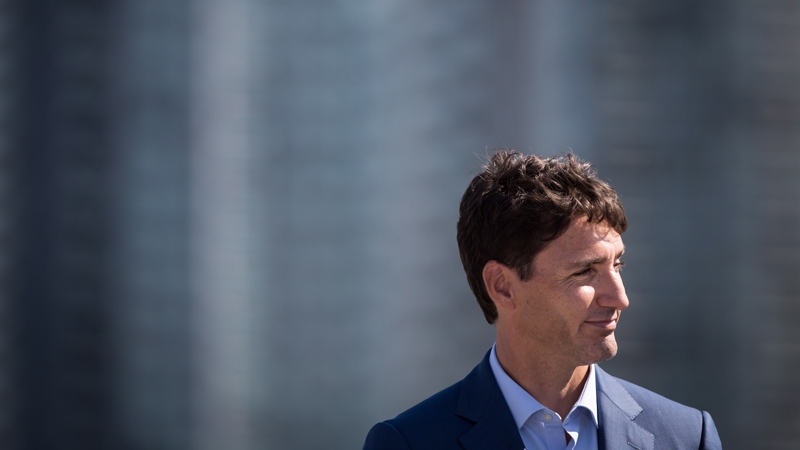 EDMONTON - Prime Minister Justin Trudeau is pouring cold water on Alberta's suggestion that the federal government use legislation or a court appeal to get construction started quickly on the Trans Mountain pipeline expansion.

In an interview on Edmonton radio station CHED, Trudeau says using “tricks” such as a new law or the Constitution's notwithstanding clause would create further legal fights down the road.

“Using a legislative trick might be satisfying in the short term, but it would set up fights and uncertainty for investors over the coming years on any other project, because you can't have a government keep invoking those sorts of things on every given project,” he told the radio station Wednesday.

“People want to know that we are doing things the right way for the long term - that jobs that get started will continue and won't get stopped by the courts. That's the change we are focused on making.”

The Federal Court of Appeal last week reversed a cabinet decision to allow Trans Mountain construction to go ahead.

The court found not enough consultation was done with Indigenous people and said the impact of increased tanker traffic was not properly considered.

The prime minister was in Edmonton on Wednesday and met in the afternoon to discuss the pipeline with Premier Rachel Notley, who has pulled her government from the national climate plan until there's a fix.

“We know Albertans were disappointed, as were many Canadians, with the (court) decision,” said Trudeau before the meeting at a downtown hotel, with Notley beside him.

“It was a hard blow to a province that has come through a difficult time and was beginning to see a brighter path forward.”

Notley said she hoped to discuss options with Trudeau.

“The Federal Court of Appeal decision, in and of itself, is probably not going to get us there, and so we have to look to other solutions,” said Notley.

Notley said she wants a “timely solution that restores the beginnings of investor confidence that we were pleased to start seeing in Alberta.”

Speaking at an event west of Edmonton earlier in the day, Notley said timing is everything.

“We have people who are wondering whether they should be going to work in the next week or two,” she said.

“We have investors in the energy industry, as well as the economy overall, who are looking at whether Canada can make things work.”

Notley said she agrees there has to be proper consultation with Indigenous people, but added the federal government must also address concerns about the National Energy Board.

“We cannot be held hostage to a regulatory merry-go-round that never ends.”

Trudeau downplayed the idea of appealing the decision in the radio interview.

But at an event later Wednesday morning Trudeau said an appeal is one of many options under consideration.

“We are looking at what an appeal would look like, what it would mean,” he said.

The project would triple the bitumen-carrying capacity of the existing pipeline from the Edmonton area to Metro Vancouver. Notley has said the expansion is necessary to get more Alberta oil to the coast for shipment to overseas markets.

The line has faced stiff opposition from some Indigenous groups, environmentalists and the British Columbia government.

Earlier this year, the federal government announced that it was buying the pipeline after owner Kinder Morgan balked at starting construction, and, minutes after the court ruling was released on Thursday, company shareholders approved the sale for $4.5 billion.

Trudeau said the project would be dead had Ottawa not stepped in. He said the government's goal is not to make money but to see the expansion completed.

“Our process and our focus is on getting that pipeline built the right way so we can finally get our resources to markets other than the United States.”

- With files from Colette Derworiz