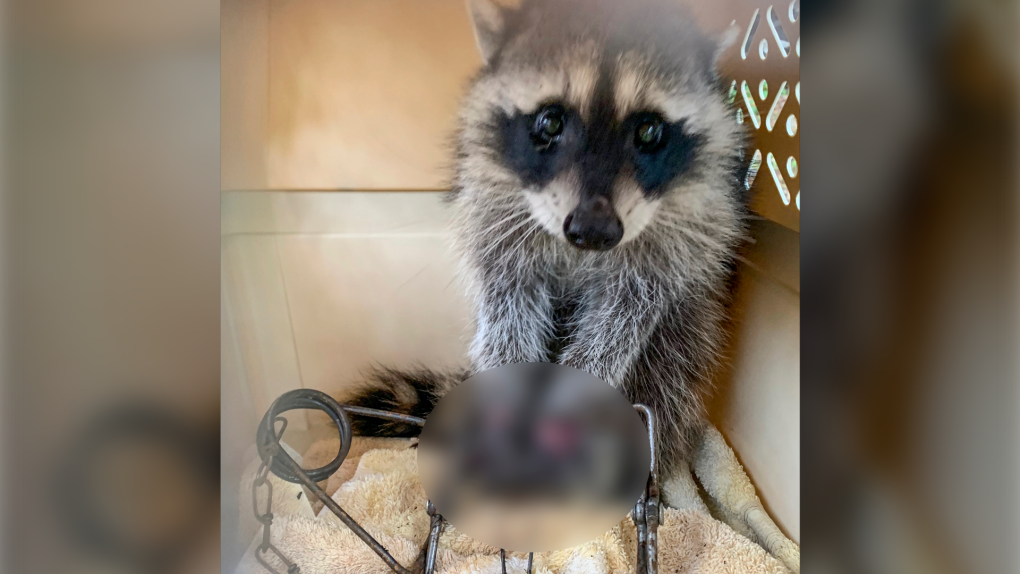 Animal advocates say two raccoons have been euthanized after getting caught in traps in Langley so far this month. (Critter Care Wildlife Society)

Someone has been trapping raccoons in a Langley neighbourhood, and animal advocates warn it's only a "matter of time" before a house pet gets hurt.

The Association for the Protection of Fur-Bearing Animals said two raccoons have been found suffering severe injuries so far this month, and both had to be euthanized.

The latest raccoon, which was a juvenile, was discovered with both its front paws crushed in a small conibear trap last week.

"It is appalling that someone is putting out these traps, seeing clearly the devastation they cause local wildlife," spokesperson Michael Howie said in a statement.

"It is a matter of time before pets or unsuspecting people get injured by them, too."

According to the Fur-Bearers, several pets are either maimed or killed by the traps every year.

Howie suggested Langley families should keep their dogs on leashes and cats indoors until the traps are no longer being set in the community.

In the meantime, his group is offering a $1,500 reward for information that leads to the trapper's identity and a potential conviction.

Under B.C. law, people are allowed to set conibear traps, sometimes known as body-gripping traps, within 200 metres of a home as long as the traps are below a certain size and the trapper has a proper licence.

Langley's animal control bylaw bans anyone from using "a leg hold trap or a snare" within the city. A spokesperson did not respond to questions about the recent trap discoveries on Monday.