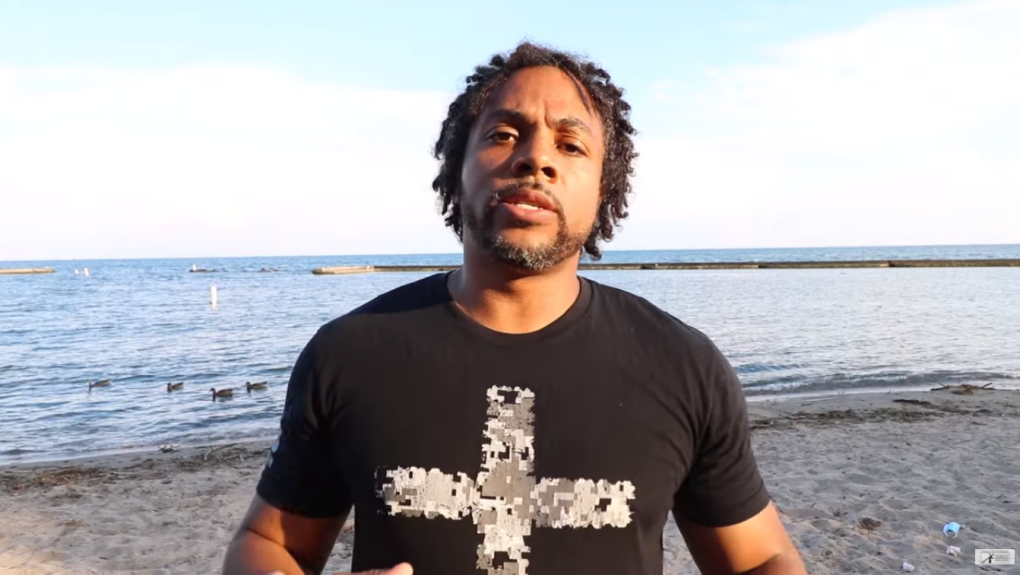 Pastor David Lynn is seen in this screen grab from a promotional video for his upcoming tour.

VANCOUVER -- A Toronto street preacher with a history of confronting residents of that city's gay village is making his way to the West Coast, just one week after a similar altercation in Vancouver led to two arrests.

David Lynn is the founder of Christ's Forgiveness Ministries, a group known for bringing loudspeakers to Toronto's Church Street neighbourhood and preaching to passersby. Lynn and others have allegedly provoked fights in the neighbourhood, which has a large LGBTQ population.

The tactics Lynn and his group employ are similar to those used by street preachers in Vancouver's Davie Street gay village, which have led to similar encounters with residents.

Most recently, two men were arrested on Aug. 22 after a fight between a group of street preachers making anti-gay remarks and a man who intervened to try to stop them. Police say a heated confrontation ensued, followed by people "shoving back and forth."

Justin Morissette, the man who intervened, suffered a broken tibia, broken fibula and a dislocated knee in the brawl, according to his family.

Vancouver police have since recommended charges of aggravated assault and mischief against the two men they arrested, one of whom has been identified as Dorre Love.

Love was also at the centre of a similar conflict back in June, and residents of the West End say he and other street preachers are often seen making anti-gay remarks through loudspeakers in the neighbourhood.

During the June incident, Love used a lectern and banner that appeared to be the same as those used by Lynn and Christ's Forgiveness Ministry. At the time, the group told CTV News Love is a former member and no longer affiliated with them.

In a livestream on YouTube this week, Love described his version of the events that led to his arrest, and also appeared to appeal to Lynn for assistance.

Asked Friday for more information about the relationship between Christ's Forgiveness Ministries and Dorre Love, the organization emailed a statement to CTV News Vancouver.

The statement goes on to defend Love.

"Dorre is a Christian as many are within Canada," the statement reads. "We find it unfortunate someone was injured in this situation, but (we) want to make clear that whatever transpired between the two is between them and the courts to decide and has nothing to do with Christ's Forgiveness Ministries."

The Christ's Forgiveness Ministries website is currently advertising what it calls the Cross Canada Tour. The site lists dates and cities across Western Canada, and in a video promoting the tour, Lynn says his hope is to go east as well, as long as COVID-19 restrictions on entering Atlantic Canada are lifted.

According to the website, Lynn is scheduled to be in Victoria on Aug. 29 and in Vancouver on Aug. 30 and 31.