'Toadvisory': Whistler warns visitors to look out for toads in Lost Lake Park 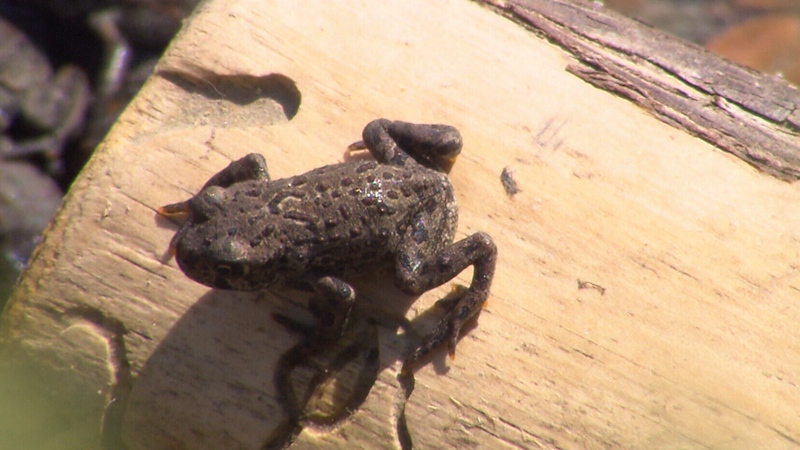 The Resort Municipality of Whistler has issued a "Toadvisory" to its residents and visitors for the next few weeks.

Over that time, tens of thousands of western "toadlets" are expected to make their annual migration from the shores of Lost Lake into the surrounding forest.

Western toads are native to British Columbia and are considered a "species of special concern" by the B.C. Conservation Data Centre. This designation means they're not at immediate risk of extinction, but are nonetheless considered vulnerable.

To help protect the toads, the municipality says it may close portions of Lost Lake Park during their migration.

Far from banning visitors, however, the municipality encourages the public to visit it -- on foot -- to observe the migration and learn more about western toads from on-site naturalists. Visitors are asked to step carefully and walk bicycles through the park to avoid crushing the toadlets, which are no bigger than a dime.

Residents and long-term visitors can also volunteer to help the toads migrate safely by contacting the municipality's Environmental Stewardship Team via email at stewardship@whistler.ca.

Each year, the municipality observes between 35,000 and 40,000 toads in Lost Lake Park. During peak hours, as many as 1,800 toadlets cross the park's beach trail each hour.

Whistler has been monitoring the Lost Lake toad population since 2005. In addition to permanent features, including signage, fencing, and an underpass to protect the toad's breeding ground and tadpole habitat, the municipality puts up numerous temporary fences, signs, and boardwalks each year.

At the height of migration, the Lost Lake access road and parking lot is closed to all vehicle traffic, and the free Lost Lake shuttle drops visitors off at the entrance to the park on Blackcomb Way, rather than in the parking lot.