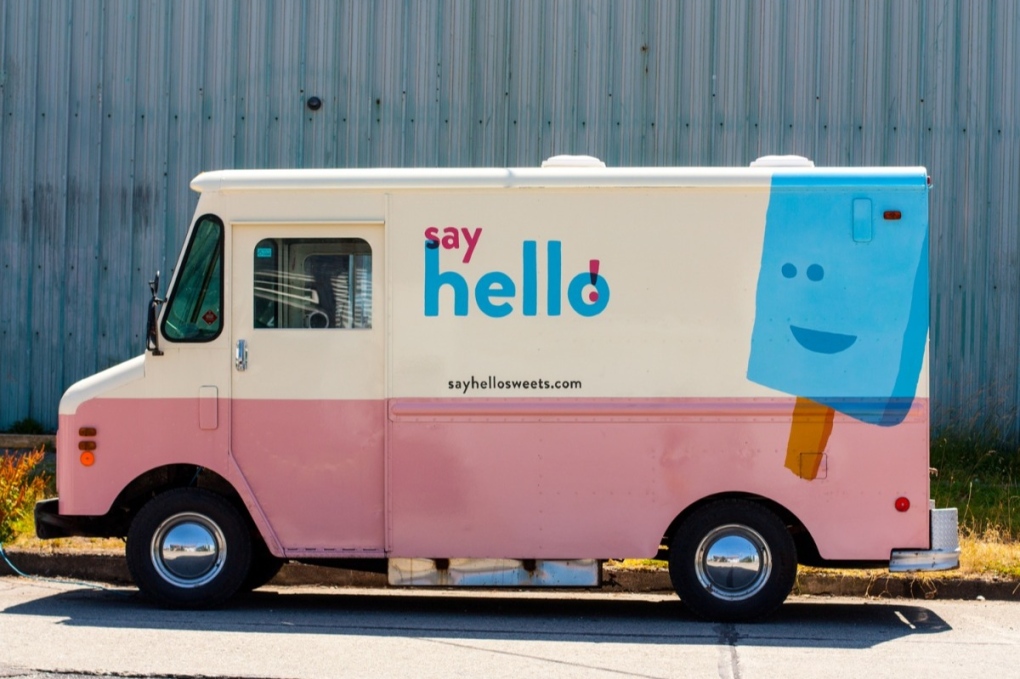 VANCOUVER - A Vancouver vegan ice cream company was targeted by thieves who broke into its truck, stole expensive equipment and made off with crates of frozen desserts.

The break-in happened overnight between Sunday and Monday while the Say Hello Sweets truck was parked on Industrial Avenue. It happened after a busy pop-up event Sunday afternoon featuring local food vendors.

"It looks like they tried to get in through the passenger side window first," said Naomi Arnaut, Say Hello Sweets' owner. But when thieves couldn't penetrate the glass, they turned to prying open the service window.

Unsuccessful there as well, they gained access by yanking the back door off.

Once inside, they stole the truck's generator, an empty cash register, about 100 ice cream sandwiches and eight crates of ice cream boxes.

"We have a serious case of the Monday blues," Arnaut wrote in an Instagram post. "If you see Say Hello being sold somewhere that doesn't quite seem right, please alert us."

Vancouver police have confirmed they're investigating.

Arnaut began making ice cream back in 2015 as a way to raise money to pay for knee surgery for her Staffordshire terrier mix, Babycakes. At first, she hosted by-donation ice cream socials in her apartment with friends. But when people kept asking for her ice cream afterwards, she decided to keep making it.

Many local Vancouver businesses stock the treats, and consumers could buy them from the now-vandalized truck.

Arnaut is out about $1,200 for the generator, a few thousand more in product plus the deductible for repairing the truck.

Her business insurance won't cover the contents of the van, but she's hopeful she can get some coverage for business interruption. It's also a headache to repair the vehicle, since all the ICBC-approved auto body shops she's called so far won't repair a food truck.

"It's proving to be a bit complicated," she said.

But she's warmed by support from fellow entrepreneurs and fans of her ice cream. Another food entrepreneur started an online fundraiser to help her cover costs, and it had reached $2,100 by Tuesday afternoon.

She's also grateful the theft happened at the end of September as ice cream season is winding down.

"It would have been much worse in July."