There are around 1,400 boats abandoned on B.C.'s coast, boat removal society says 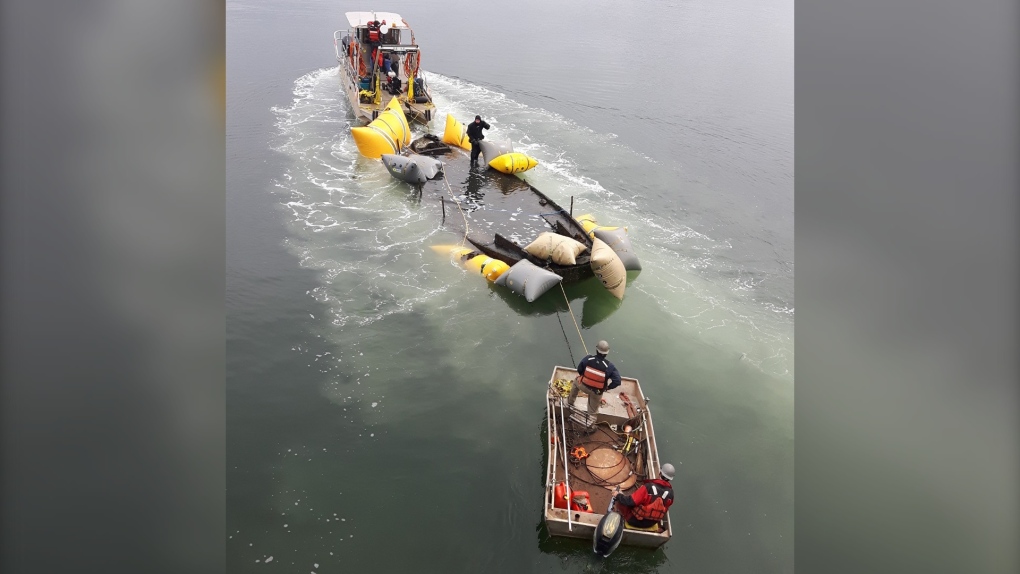 A sunken boat is seen being removed from Victoria Harbour. (The Dead Boat Disposal Society/Facebook)

An estimated 1,400 boats are abandoned along B.C.'s coast and now the province is trying to find ways to recycle marine debris and prevent boats from being abandoned in the first place.

But that figure from the federal government may even fall short, according to John Roe, leader of the Dead Boat Disposal Society.

"I can find four or five boats a day for the rest of my life," said Roe, adding that in Ladysmith alone there are about 60 sunken boats that he knows of.

"When you look at a single 25-foot fibreglass boat, the waste from that is equivalent to 480,000 straws being dumped into the ocean," he said.

Over the last three years, Roe said his group has pulled out more than 60 boats from the water. Most of them were found in protected bays between Sooke and the Gulf Islands.

"Those boats are always full to the brim with garbage," he said. "There is nothing we haven’t pulled out of these boats and off the beaches over the years. They are full of everything you could possibly imagine."

The society hears from the public when there's a deserted vessel and then completes a survey to see how long the boat has been there for and if it's actually abandoned. Roe said most of the boats tend to have sunk or smashed up on the shore.

If they can't find the boat's owner, the society then issues a 30-day notice to Transport Canada to apply to remove the vessel. That process can take up to 100 days. The boat is eventually removed with a barge and crane, is tested for contaminants and dismantled for disposal.

The province's parliamentary secretary for the environment, Sheila Malcolmson, has been visiting towns on the coast to learn more about how they address the problem of abandoned vessels. Next, she will make recommendations for an action plan the province will follow in partnership with the federal government to stop the environmental threats of abandoned boats.

"We are making progress, but at the current rate, it's going to be 35 years before I get those 1,400 boats, and we're seeing more showing up," Roe said.