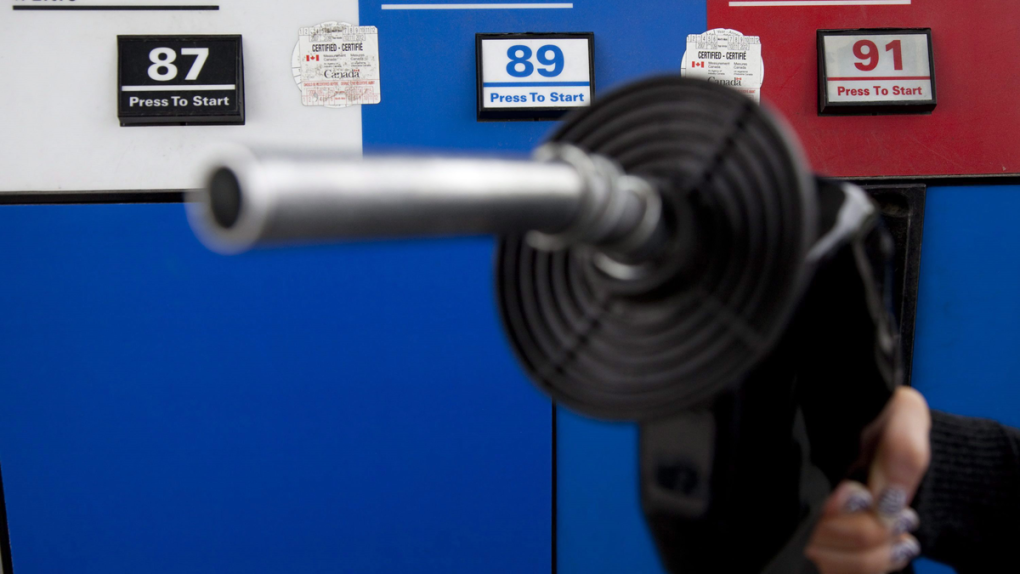 Gas prices are displayed as a motorist prepares to pump gas at a station in North Vancouver on May 10, 2011. (Jonathan Hayward / THE CANADIAN PRESS)

CALGARY - The refinery that is the sole local supplier of motor fuel in the B.C. Lower Mainland is being scheduled for an eight-week maintenance shutdown early next year but owner Parkland Fuel Corp. says it is taking measures to keep prices at the pump in check.

The 55,000-barrel-per-day Burnaby refinery is putting fuel in storage to be drawn upon during the outage but that won't be enough to last for the entire duration, said Dirk Lever, vice-president for refining, on a conference call to discuss Parkland's third-quarter results on Tuesday.

"We have a fair amount of planning to do dealing with other refineries in order to source supply as we're down," he said.

"More material to pump prices on the West Coast are unplanned outages, rather than planned outages. So the fact this is a planned outage and has been orchestrated ahead of time, it should not have a material impact at the pump."

Gasoline and diesel prices have been a hot topic in British Columbia.

A public inquiry concluded in August that there's an unexplained difference of 13 cents per litre between Metro Vancouver and Seattle that is costing drivers on the Canadian side of the border nearly $500 million a year.

But it also found no evidence of collusion among the companies - including Parkland - that supply and market fuel.

Premier John Horgan called the public inquiry last May as gasoline prices reached a record-breaking $1.70 per litre in the Vancouver region.

He said prices are generally higher in the Vancouver area because of supply and demand.

B.C.'s other fuel refinery, the 12,000-bpd facility in Prince George, was recently sold by Husky Energy Inc. to Tidewater Midstream and Infrastructure Ltd.

Shares in Calgary-based Parkland, Canada's largest independent fuel marketer, jumped by nearly five per cent early Tuesday after it increased its 2019 guidance on the back of third-quarter adjusted earnings that beat analyst expectations.

"Our business is performing well and the increase reflects our strong third quarter and confidence for Q4," said CEO Bob Espey on the conference call.

The company, which sells gasoline and diesel under brands including Fas Gas, Chevron, Esso, Ultramar and Pioneer, and operates On The Run convenience stores in Canada, said it now expects its adjusted earnings in 2019 before interest, taxation, depreciation and amortization will be $1.24 billion, up $75 million from the previous forecast.

During the quarter, Parkland began the rollout of its national Journie Rewards customer loyalty program in partnership with CIBC in Canada and bought Florida-based fuel marketer Tropic Oil.

The company reported third-quarter net earnings of $26 million, down from $49 million in the year-earlier period, with the slip mainly attributed to an increase in interest on long-term debt relating to its purchase early this year of Caribbean fuel retailer Sol.