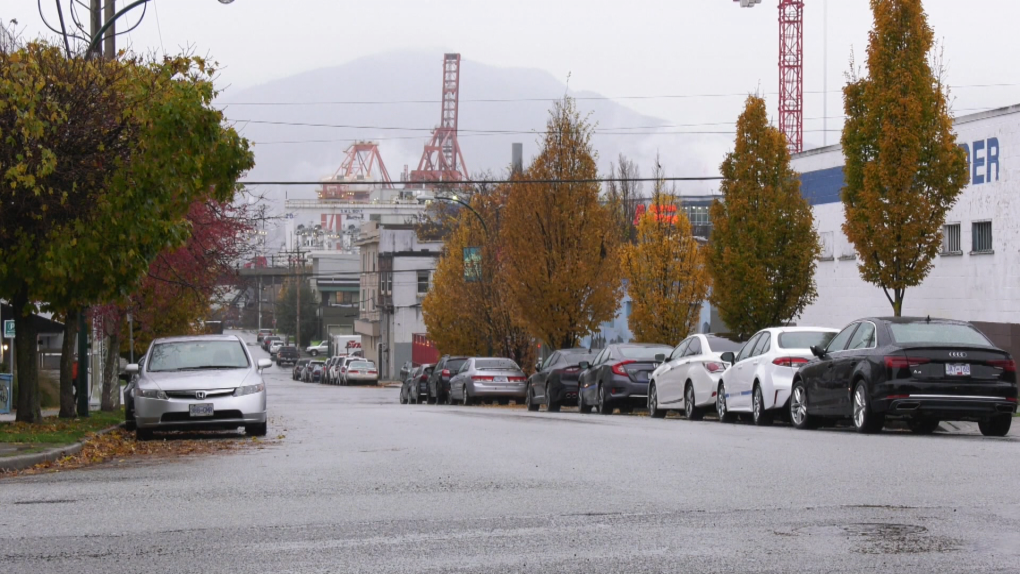 The area of East Pender Street and Woodland Drive in East Vancouver is seen on Nov. 16, 2020. Police said a homeless man was stabbed in a random attack in the area on Sept. 27.

VANCOUVER -- More than a month after a homeless man was stabbed in a "random and purely unprovoked" attack in East Vancouver, a suspect has been charged in the crime.

Authorities said the victim was walking near East Pender Street and Woodland Drive on Sept. 27 when a stranger approached and stabbed him in the back.

"The victim and suspect did not know each other," Const. Tania Visintin said in a news release. “Our patrol officers worked with experts from our investigative section to put forward the best package to Crown in order to take this suspect off the streets.”

The homeless man was hospitalized with life-threatening injuries after the attack, according to police.

Charges of assault causing bodily harm and assault with a weapon have since been approved against 33-year-old Brent Courtney.

Courtney's next scheduled court appearance is in December.