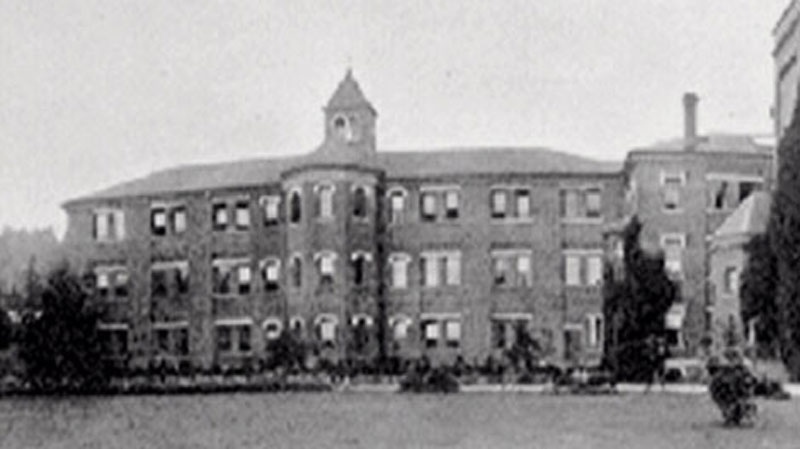 The Woodlands School in British Columbia is seen in this undated file photo. (CTV)

The province says former residents of a former asylum have started to receive compensation for the abuse they suffered.

In a statement, the Ministry of Health announced those who attended Woodlands prior to 1974 will each receive $10,000 in an ex-gratia payment.

Those who lived at the facility in the years that followed will receive payments up to a maximum of $10,000. The payments will take into account any previous settlements awarded through lawsuits.

Survivors should expect to receive the money by the end of March 2019, the Ministry of Health said.

Woodlands operated in New Westminster for more than a century, initially opened in 1878 as the Provincial Asylum for the Insane.

The facility was later renamed the Provincial Hospital for the Insane, then the name changed to Woodlands School in 1950, according to a brief history from the ministry. In 1974, it was renamed simply as Woodlands.

"Although the asylum was originally presented as a modern approach to treating 'lunatics' and the 'feebleminded,' it was soon criticized as gloomy and unfit for its purpose of caring for people today referred to as having psychiatric disabilities and intellectual disabilities," Inclusion BC says on its website.

The facility which once housed as many as 1,400 residents was closed in 1996. In response of allegations to abuse, the province commissioned an independent review of patients' treatment during their residency. The report, made public 16 years ago, announced the investigator found evidence of physical, emotional and sexual abuse.

A class action lawsuit was also launched in 2002, and a settlement approved in 2010. However, the lawsuit excluded those who'd been discharged before August 1974.

"Finally, after all these years of being told no, our province is saying yes to the survivors of Woodlands," former executive director of Disability Alliance BC Jane Dyson said in a statement.

"We need to ensure that as many survivors as possible know that their pain and struggle has been acknowledged and their voices listened to."

Former patient Bill McArthur is one of dozens receiving payment. The survivors' advocate said in the ministry's statement that he felt a sense of closure from the announcemnet.

"This vindication, I hope, will allow (survivors) to live the rest of their lives with a sense of self respect and dignity," he said.

Last month, the province reached out to 314 former residents of Woodlands. It asks anyone who has not been contacted to call 1-888-523-7192 or to reach out through email.

Former residents are asked to provide their full name, date of birth, address and contact information for their legal guardian if they have one.