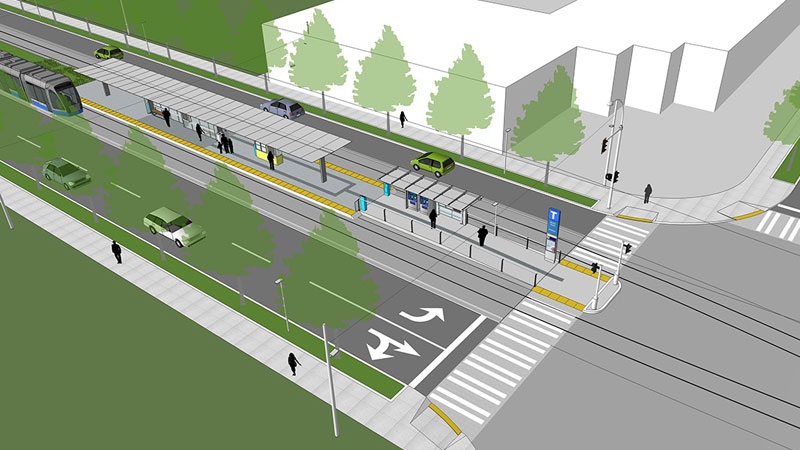 TransLink's CEO is providing more information on the timing of upcoming projects including the light rail line planned for Surrey.

Kevin Desmond addressed some of the company's largest developments in the works for Metro Vancouver during a speech on Tuesday morning.

"If things more or less hold to the kind of schedule we're working on now, we're hopeful that the first segment of the Surrey light rail will be open sometime around 2024," he told reporters after the speech.

"And we're hopeful that the Millennium Line subway extension to Arbutus will be open around 2025."

Phase One will connect the Newton and Guildford Exchanges with an L-shaped track, while Phase Two of the Surrey project is a diagonal, straight line that will connect King George Station to Langley Centre. 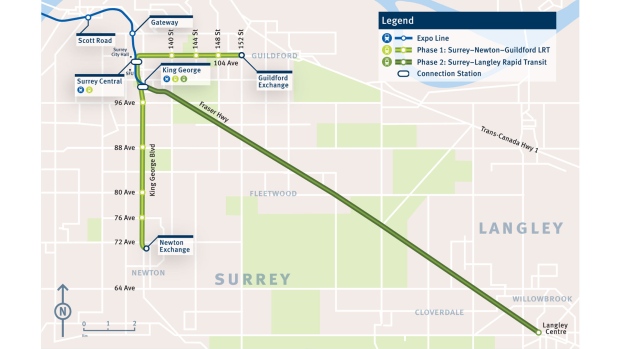 Those behind the light rail plan hope they will reduce congestion and transform communities along the lines. Over the next 30 years, an estimated 300,000 people will move to Surrey, making it B.C.'s most populated city.

The LRT is one of several items in the Metro Vancouver Mayors' Council's 10-year plan for transportation in the area.

Desmond spoke to developers Tuesday about the importance of building up areas around transit hubs and future hubs.

A lot of the conversation about residential and commercial development focuses on areas around SkyTrain stations, he said. His suggestion was to also look at major bus routes like TransLink's B-lines.

"I think as you look long-term for the region, for a livable, sustainable future development and growth of the region, densifying around our transit corridors is really, really important for the future of the region," he said. 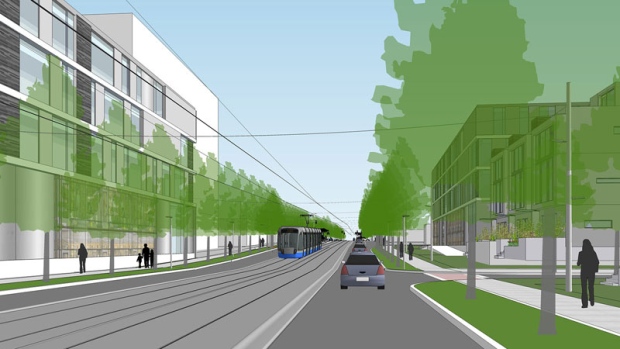