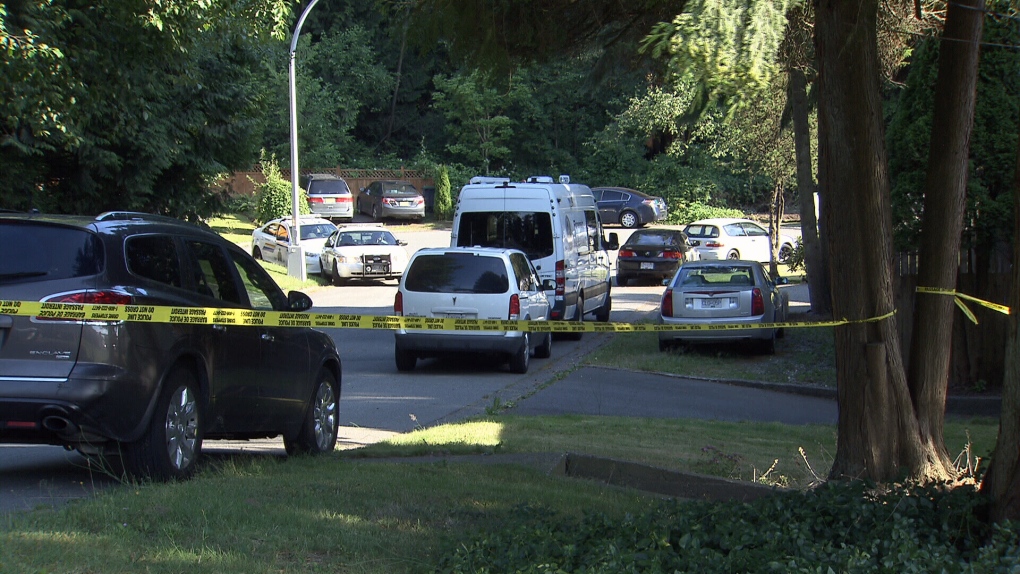 Police have deemed the death of a man whose body was found in Bog Park on Sunday a homicide. July 4, 2016. (CTV)

The victim of Surrey’s latest homicide was convicted in a shooting at a SkyTrain station five years ago.

Brendan Aditya Chand’s body was discovered at Bog Park on Sunday afternoon. The cause of death hasn’t been confirmed, but police said it appears the 27-year-old was shot.

Chand had been living with family in Surrey after serving time in jail for shooting a 22-year-old acquaintance inside a crowded Burnaby transit station in 2011.

A man by Chand’s name was also charged with trafficking in a controlled substance and possession for the purpose of trafficking the same year.

His killing over the weekend was likely targeted, according to the Integrated Homicide Investigation Team, which has taken conduct of the case.

It’s unclear just how long Chand’s body had been in the park, but several witnesses told police they heard gunshots in the area the previous night.