Two months after a Surrey family lost the key to their minivan, the vehicle's owners were finally able to get back behind the wheel.

Maria and John Higgins went on a family trip to Victoria in early June using the Toyota Estima minivan they recently purchased as their getaway vehicle.

They'd purchased the Estima – a hybrid imported from Japan – from a Burnaby dealership less than a month before the trip.

Staff at Velocity Cars gave the couple only one key, but the Higgins family said they didn't give that much thought until they lost it somewhere along Wharf Street in Victoria.

"It was a wonderful family vacation, and then in one second, it turned into a nightmare," Maria said.

Like many modern vehicles, the Toyota key has a special transponder chip inside, which meant that even if they'd broken into the van, they wouldn't be able to drive it.

Their vacation was over, but since they couldn't find the key, the Higgins family decided to leave the van parked in Victoria. 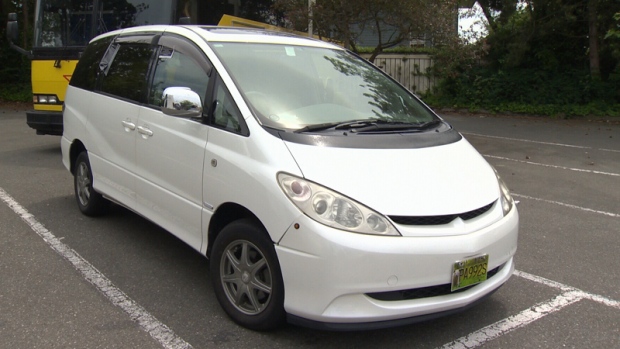 They called Velocity Cars and other dealerships when they got home, thinking they could get another key, but they were told there was a bigger problem.

"I got a call from a dealer in Bellingham who services imported Toyotas," John told CTV News on June 7.

"And he said, the only way Toyota will cut you a new key is if your van is physically in a Toyota dealer in Japan."

So the family posted pictures of their missing key ring, offered up a $500 reward, and began their search for other options. They enlisted the help of three mechanics to help make calls overseas.

John said they spent the next 45 days speaking with Toyota staff in Japan with the help of an interpreter, pleading for someone to send reset instructions and a new key. Finally, on July 20, they were told that Toyota Japan would not help, John said.

"The way we see it, the key to our van was sitting on a shelf in Japan and could have, if there had been some strings pulled, been shipped over to us," John said.

"It's kind of puzzling when we're living in a world where everything is available all the time."

And Toyota in Canada couldn’t help the either, because the vehicle was manufactured 15 years ago and meant only for the Japanese market.

In a statement to CTV News, a spokesperson said, "We always recommend that Canadian consumers buy new or certified used Toyota vehicles from authorized Toyota dealerships in Canada so that we can properly support them as our customer over the life of their vehicle."

There was only one remaining option besides scrapping their $10,000 investment and starting over: "We have to find some guru who knows how to reset all this stuff without frying the whole thing," Maria said.

So Velocity Cars helped connect the Higgins with a mechanic in Richmond, who worked with a "hacker." The specialist, who didn't want to be identified, said he could likely hack the vehicle's immobilizer box, an electronic security device that stops the engine from running unless a key with the correct chip inside is inserted.

The Higgins family hired a tow truck to bring the vehicle from Victoria to Richmond. The mechanic removed the dashboard, disconnected the immobilizer, and sent it to the reprogrammer.

The hacker had to solder wires to a chip, delete the data for the old keys, then reprogram the new ones, John said. Then the mechanic had to reassemble the dash. 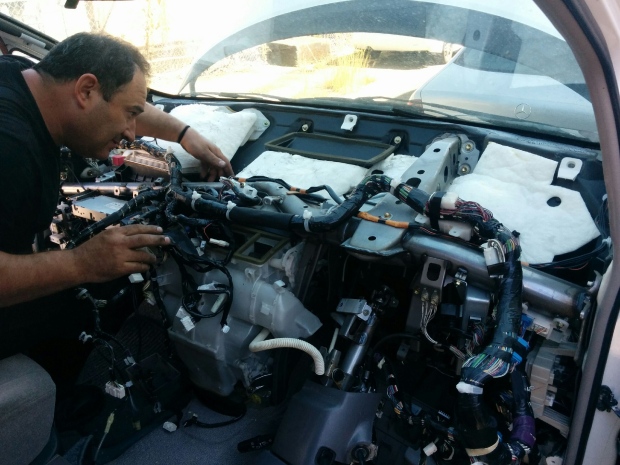 “They showed us our torn apart van and it was like...it's never going to get put back together!” Maria said.

Finally on Wednesday, more than two months after losing their key, the Higgins family was reunited with their van and able to try the new keys.

“Oh man!” John exclaimed, laughing in disbelief as the hybrid whirred into life.

“You take this action every day for granted. 2,500 bucks and years off my life!”

The Higgins' total bill came to roughly $4,530 for the new keys, the tow, the mechanic and hacker. John said, Velocity paid for about half of the expenses.

Velocity’s general manager Serge Mozgovoy told CTV that staff members were “surprised and shocked” by how complicated the process was.

And when asked if they were warning their customers, Mozgovoy said, "the best we can do is recommend not to lose the key."

He added, "I know for some reason it’s going to [happen again]…but now at least we have a solution."

Working keys in hand, John gave the mechanic a hug, and said he planned to put one of the three new keys in a bank vault. It wasn’t clear if he was joking.

"I've never lost a key yet," quipped his wife.

"Really, don’t say that!" John laughed, as the couple and their two children finally drove off.

With a report from CTV Vancouver's David Molko