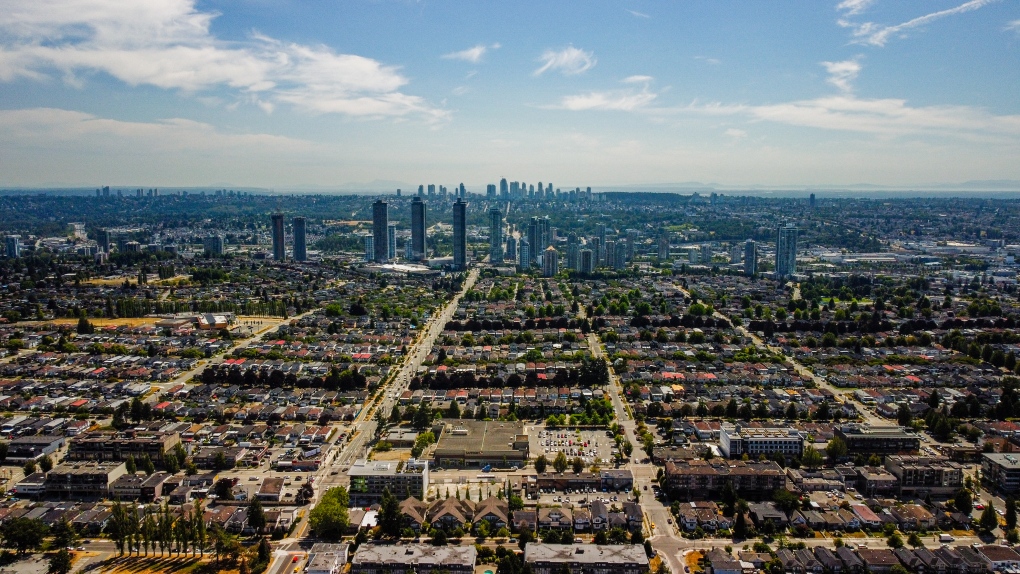 The Brentwood area of Burnaby, B.C., is seen from the air by drone in July 2021. (Jordan Jiang / CTV News Vancouver)
VANCOUVER -

The latest report on trends in Vancouver's fast-paced real estate market suggests supply is still not enough to meet demand.

In its monthly market recap, the Greater Vancouver Real Estate Board called the supply "insufficient," and said the lack of listings is not only impacting buyers in terms of options, but also adding upward pressure on prices.

Essentially, a lower supply than demand means buyers are paying more, and having fewer choices.

Sales, on the other hand, were actually up 20.8 per cent over the 10-month September average.

Analysts with the REBGV said the trend this summer of higher-than-average home sales continued last month.

The upward pressure noted last month was not as intense as in the spring, according to economist Keith Smith, but he noted home prices vary by property type and neighbourhood, so those looking to buy or sell should "take a hyperlocal look" before making any decisions.

For example, the benchmark price for all property types in West Vancouver was up 2.4 per cent over the previous month, while the same metric for Vancouver West was down 0.5 per cent.

Benchmark is a measure slightly different than an average, as it takes into account what constitutes as a typical property (age, square footage and more) in the market.

The benchmark for a condo in Whistler was up 3.4 per cent, but down 0.9 per cent in Burnaby South.

This could vary even more by individual neighbourhood, though that information was not provided by the REBGV.

As of last month, the benchmark price for a residential property in the entire region covered by the board was up to $1,186,100, an increase of 0.8 per cent over August, and 13.8 per cent over the previous September.