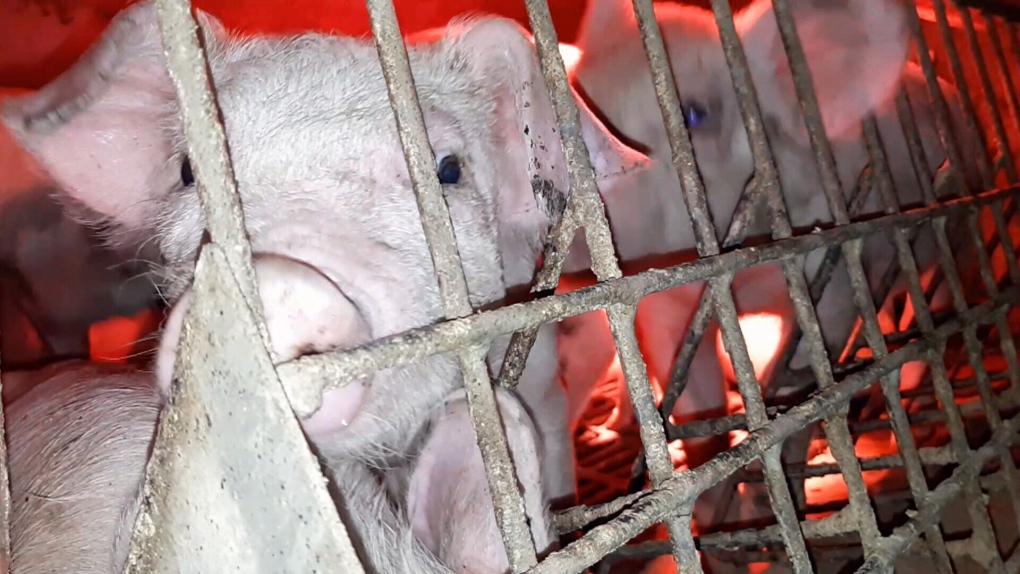 The BC SPCA is not recommending charges against a Fraser Valley pig farm after investigating concerning video provided by animal rights activists.

SPCA chief enforcement officer Marcie Moriarty said without the co-operation of the person who recorded the video, there's little investigators can do to build a case.

"The person who took the video has not come forward," Moriarty said. "Crown counsel would not approve charges without evidence backing up the video – so time, date, method, all of that sort of thing – so we really don't have a case to present."

The video was released last month by PETA, which said it had received the recording anonymously. CTV News tracked down one of the people involved in capturing the footage, who spoke on the condition of anonymity.

The video was said to have been captured at Excelsior Hog Farm in February and March. It showed a number of dead piglets as well as a larger pig corpse that appeared to be in an advanced state of decomposition.

It also showed some pigs with apparent growths, and one that appeared to have trouble standing.

"What was depicted raised some concerns to the BC SPCA that would need to be investigated, however you can't, based on that video, come to any legal conclusions that an offence has taken place," Moriarty said.

After visiting the farm, the SPCA found no evidence the company had violated either the Code of Practice for handling animals or B.C.'s Prevention of Cruelty to Animals Act.

Moriarty said the anonymity of the person who recorded the video sets the investigation apart from past cases where animal rights activists release secretly recorded video from B.C. farms.

"There was hours and hours of video footage with accompanying evidence and statements directly from the individuals who took the video," she said.

Though the case did not result in charges, PETA told CTV News "many people" decided to be vegan after viewing the recording.

"We can spare pigs and other animals enormous pain and suffering simply choosing to stop eating them," PETA's Dan Paden said in a statement.