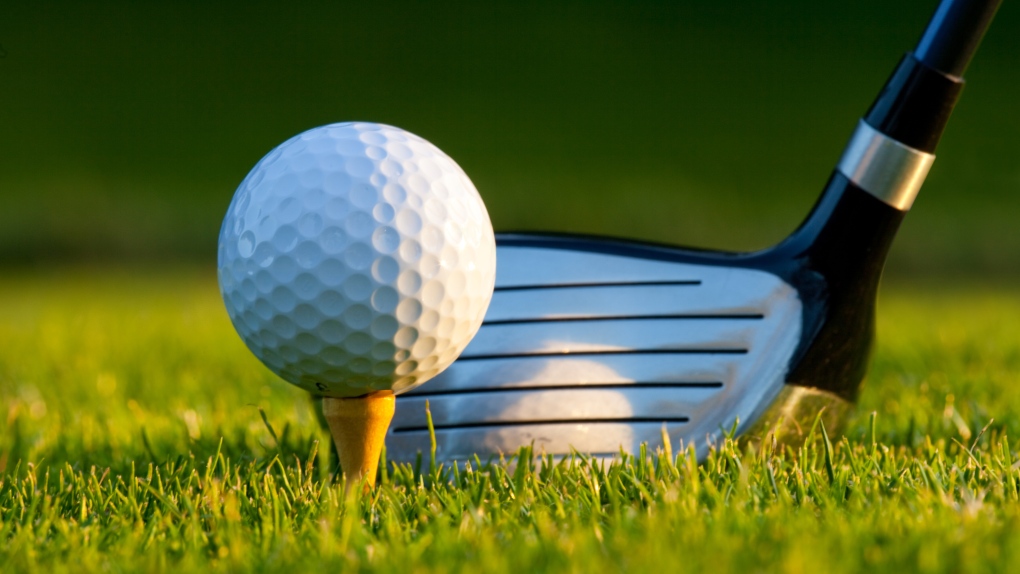 VANCOUVER -- Some of the Vancouver-area golf courses that voluntarily closed down to prevent the spread of COVID-19 are opening back up with the blessing of public health officials.

Last week, the Professional Golf Association of B.C. shared a letter from Vancouver Coastal Health outlining some of the precautions courses should take should they decide to continue operating during the pandemic.

The letter, which was written by deputy chief medical health officer Dr. Mark Lysyshyn, also noted the province has "not issued any orders requiring the closure of golf courses."

"Additionally, Vancouver Coastal Health has not recommended the closure of outdoor recreation facilities such as golf courses, parks or playgrounds," Lysyshyn wrote.

The health authority said golf courses can even have more than 50 people on site at a time, provided they are not part of the same "mass gathering" and everyone observes physical distancing rules.

Many golf courses in the region shut down in March, though some have recently reopened or announced plans to reopen, including Squamish Valley Golf Course and the Mayfair Lakes Golf & Country Club.

Squamish Valley, which closed down on March 18, opened up for members and pass-holders only on Friday. The course issued a statement on its website saying it plans to allow non-members soon as well, but must first "make sure that we can provide an adequately safe environment for a smaller group of members, pass-holders and staff."

Mayfair Lakes reopened to members on Monday and is expanding to the general public on Thursday. There are currently no tee-times available on the website through the end of the month.

Both courses are keeping their clubhouses and restaurants closed for the time being, though Vancouver Coastal Health said golf courses are allowed to serve food provided they only offer takeout.

To prevent people from spreading COVID-19, Mayfair Lakes said it's implementing a number of precautionary measures that include spacing out tee-times, cleaning and disinfecting the property more frequently, and enforcing a minimum physical distance of two metres among all guests.

Golfers have also been given a set of rules they must follow. They're not allowed to shake hands, exchange paper money, or touch each other's golf balls.

People who break the rules will be "removed from the facility," the course said on its website.

Even with rigid rules in place, some people feel golf courses should remain closed as British Columbians work together to fight off a potentially deadly virus.

Delta Mayor George Harvie is among them, arguing the local courses that stayed open have seen "too much congestion" to adequately ensure everyone's safety.

The Redwoods Golf Course in Langley is one of the properties that didn't voluntarily close down, and said it has strictly enforced physical distancing rules among players – even kicking out two people for a high five. 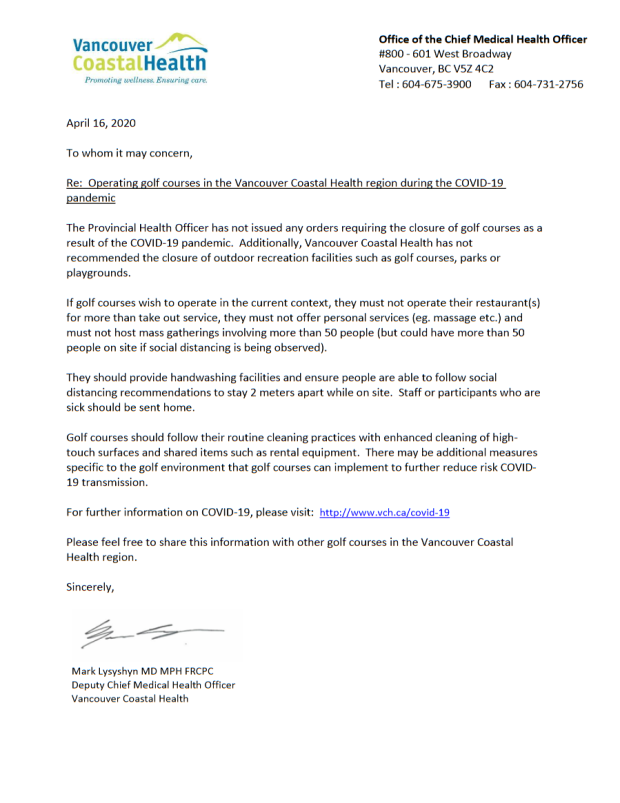