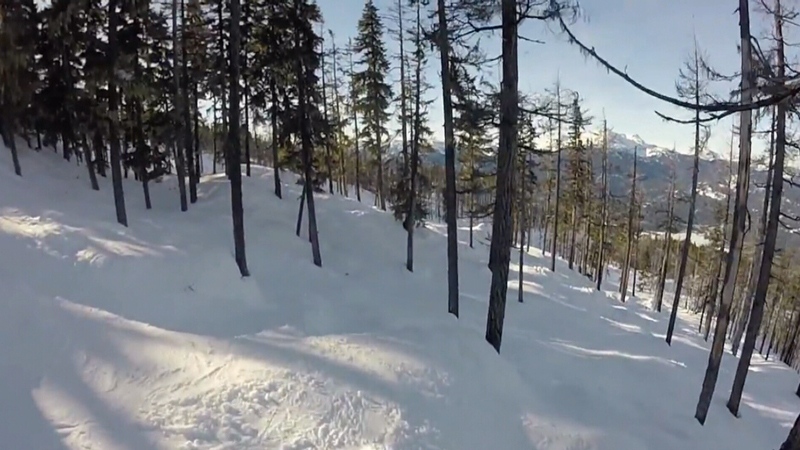 A 27-year-old snowboarder believed to have suffocated in the new fallen snow at Whistler Blackcomb over the weekend has been identified by the province's coroner service.

On Thursday, the BC Coroners Service identified him as Matej Svana, who had been living in Whistler at the time, and was originally from Slovakia.

Svana was found unconscious and unresponsive on Arthur's Choice, a trail on Blackcomb Mountain Saturday afternoon.

RCMP provided more details on Svana's death earlier this week, including that he was found face-down in the snow with his snowboard strapped to his feet.

He'd been snowboarding with a partner or friend, but the pair had been separated. His companion reported to ski patrol that Svana was missing, and he was found by another person who was passing by on the tree-lined trail.

Bystanders called 911 shortly after noon, and the resort's ski patrol was also notified.

A member of the public performed CPR on the snowboarder until ski patrol arrived and took over, soon followed by a support team equipped with an AED defibrillator.

Unfortunately, the efforts could not save Svana's life, and he was pronounced dead about an hour after being found.

RCMP Sgt. Rob Knapton said they did not know exactly what happened, but that there was no evidence to suggest that he'd collided with anyone or anything before he was found.

"We had a significant amount of snowfall prior to the weekend, which created a lot of loose snow, which has the opportunity for some people to sink into it depending on how you enter it," Knapton told CTV News.

Knapton said if the boarder had entered the snow face-first, in an area where it hadn't been packed down, there would be a chance he could get stuck.

Because it was so early in the season – just days after the resort opened – much of the snow on the hills was unpacked.

The snowboarder's death prompted a warning from police to those heading out on the hills.

"We always want skiers and snowboarders to exercise caution… not only within the ski area boundaries but of course also in the backcountry," he said.

"There are hazards out there that exist through the season, but particularly so at the beginning of the season."